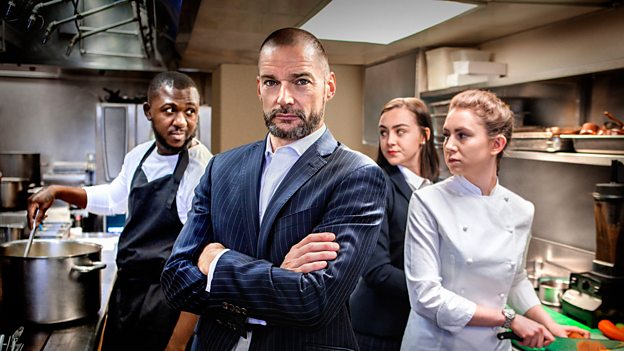 The UK restaurant scene is booming with creativity and a quality never seen before. To play a part in discovering, nurturing and helping the next generation of restaurateurs is an opportunity like no other.Fred Sirieix

Category: BBC Two; Factual
Fred Sirieix returns to the BBC to present the six-part series, starting at 9pm on Thursday 17 May.

What does it take to create a smash-hit restaurant? In this thrilling new business format for BBC Two, Fred Sirieix sets out to discover just that.

The answer? Great food, great people, but most of all a great idea. Now, 12 budding restaurateurs who think they’ve got what it takes to go from pop-up to profit will by vying for life-changing sums of money to secure a major investment and turn their dreams into a bricks and mortar reality.

Last year, more than £33 billion was spent on eating out in the UK; there are now more restaurants and cuisines on the high street than ever before. A new idea or concept can change the way we eat and create a multi-million-pound brand in the process.

Each week Fred welcomes two sets of restaurateurs to compete for a share of this growing market. He is also joined by some of the biggest investors in the restaurant world, with millions of pounds to spend between them. But in these challenging economic times, there is fierce competition to find a breakthrough concept - and these investors will need to put everything they have into making a winning offer.

Each new concept is given a three-day trial run in a 40-seater pop-up restaurant in the heart of Manchester - the food capital of the north - to try to win over the paying public and the all-important investors. They will be scrutinised on their food, service, team-management and brand potential. In tense one-to-one meetings with the investors they need to prove their business plans and financial figures stack up - after which it’s either game on or game over.

At the end of the three days, they will have done everything they can. Back in the restaurant they face a nail-biting wait to see if any investors will walk through the door before the looming deadline. Will they receive an offer that could change their lives forever? Will they receive multiple offers and have to choose between competing investors? Or will they leave Manchester empty-handed? It’s a business opportunity like no other, but with the clock ticking, the race is on to discover the next restaurant sensation to take the UK by storm.

David Brindley, Head of Popular Factual, says: "It’s a business opportunity like no other: the chance to open your very own restaurant and launch a multi-million pound brand. It’s a dream shared by so many but achieved by so few. In this series we’re giving the most exciting and genuinely credible restaurateurs the chance to prove their concept to the people who can transform their lives overnight. With millions of pounds on the table the stakes, and the drama, couldn’t be higher." 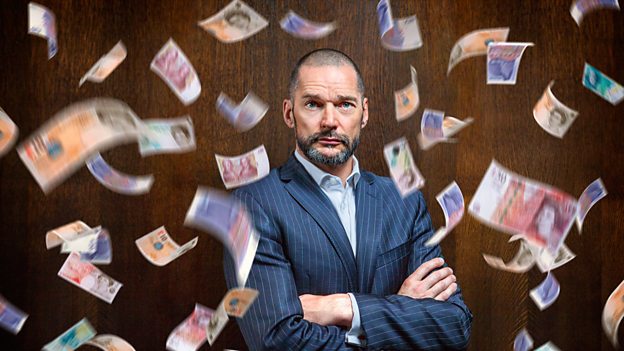 Fred Sirieix
Renowned restaurant general manager Fred Sirieix marks his return to the BBC, where he launched his television career in 2011 with Michel Roux’s Service.

In each episode Fred welcomes two different sets of restaurant hopefuls, each with their own innovative ideas for new dining concepts, seeking to secure investment from one of the 10 potential investors.

Fred Sirieix says: “I am excited and honoured to be joining the talented team of Million Pound Menu. The UK restaurant scene is booming with creativity and a quality never seen before. To play a part in discovering, nurturing and helping the next generation of restaurateurs is an opportunity like no other. I can't wait for the series to start.”

Fred was brought up in Limoges, France, and is currently the award-winning general manager at Michelin-starred restaurant Galvin at Windows at the London Hilton on Park Lane. He has worked in the restaurant industry for 25 years.

Atul Kochhar
Chef and entrepreneur Atul became the first Indian chef to be awarded a Michelin star in the UK, and owns Benares, a Michelin-starred Indian restaurant in Mayfair. In addition, he has a portfolio of seven other restaurants, and six more on-board P&O cruisers. Total value of his group is £13m-£15m.

Scott Collins
Co-Founder of hit burger and cocktail group, MEATliquor, which has grown to a group of 11 restaurants, with sites in Brighton, across London and in Leeds.

Lydia Forte
Of the 5 Star Rocco Forte Hotel group, with hotels in London, Edinburgh and across Europe, Lydia is looking for new concepts to fit into her luxury hotels. She normally works with Michelin-starred chefs.

Darrel Connell
Partner with Imbiba Partnership, an investment group that specialises in backing and growing high-end bar and restaurant concepts. To date, Imbiba has backed over 100 individual F&B businesses across 16 different brands.

Jeremy Roberts
CEO of Living Ventures, a northern-based restaurant and bar group with an annual turnover in excess of £100million.

David Page
Chairman of restaurant investment vehicle The Fulham Shore, Page is the man behind established national brands including Pizza Express, Gourmet Burger Kitchen, The Real Greek and Franco Manca. David is always looking for simple ideas that can be rolled out into national brands.

Jamie Barber
Has owned and operated many restaurant brands in the UK, including Kitchen Italia, Villandry and Sake No Hana. He is the co-founder and CEO of Hush Restaurants and Cabana Brasilian Barbecue, and co-CEO of Haché Burger Connoisseurs.

Shruti Ajitsaria
Angel Investor who manages a portfolio of investments. She is also a derivatives lawyer for Allen & Overy. Shruti previously invested in JKS restaurants (Gymkhana, Hoppers) when they first launched and invests in a cross-sector of ideas, from food and craft beer to Fin Tech.