Category: Make It Digital; Online and interactive; Learning
The BBC micro:bit is a pocket-sized computer that you can code, customise and control to bring your digital ideas, games and apps to life.

Measuring 4cm by 5cm, and designed to be fun and easy to use, users can create anything from games and animations to scrolling stories at school, at home and on the go - all you need is imagination and creativity.

The BBC micro:bit is completely programmable. That means each of its LEDS can be individually programmed as can its buttons, inputs and outputs, accelerometer, magnetometer and Bluetooth Smart Technology. 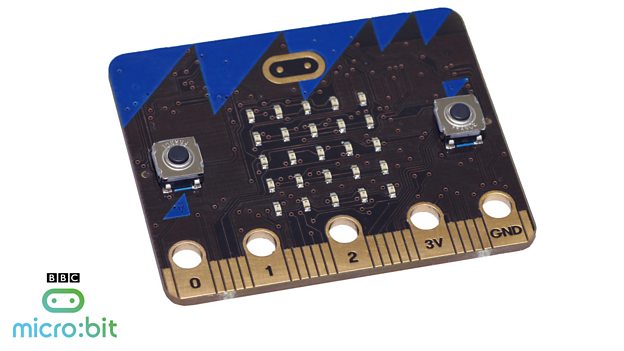 The BBC micro:bit is programmed through a web-based editing environment. This environment supplies various editors on which to write programs, and saves those programs to be retrieved later. The editors will support Microsoft’s Touch Develop language, JavaScript, Python, C++ and Blocks (a visual programming language). The user writes the programs for the micro:bit in their preferred language and these are sent to a server that ‘compiles’ them into the code the micro:bit understands. This is then downloaded to the user to easily drop onto the micro:bit. The web-based environment can also be used on a smartphone and tablet. When using a Bluetooth Smart Technology enabled smartphone or tablet the program can be ‘flashed’ onto the micro:bit over Bluetooth Smart Technology.

Once programmed, the BBC micro:bit operates on its own using the battery. However, it can also operate in what is called a tethered mode. When attached to another computer – for example a laptop, Raspberry Pi, smartphone or tablet – the micro:bit can be used as an external device by that computer. So it can be turned on and off, any sensors attached to it can be read and written to and messages can be displayed on it.