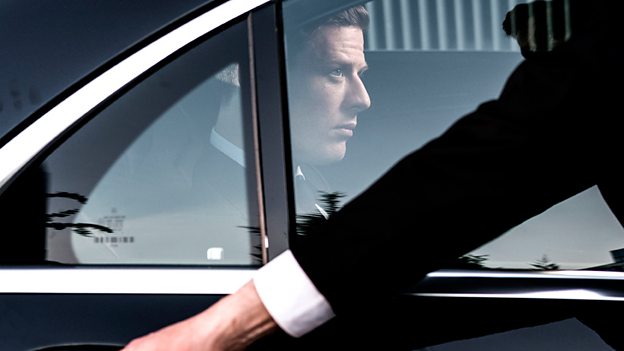 McMafia tells the story of the sexy side of the mafia which people are attracted to but also the cost of the lavish lifestyle, how it’s paid for and who pays for it.James Norton

Tell us about your role

My role in McMafia is Alex Godman who is the son of Russian parents who were exiled from Moscow. He’s a young hedge fund manager living in London with his beautiful girlfriend Rebecca. He’s spent most of his life turning his back on his mafia past and establishing himself in the world of finance. Over the course of the show, for various reasons, he’s forced to confront his past and the show is his story as he delves deeper and deeper into that criminal underworld.

The first thing every actor does is read the script, that’s your main resource. When I got the first episode I was so excited to devour it. James Watkins and Hossein Amini (screenwriters) tantalisingly fed me the rest of the episodes and I read them as quickly as I could.
Each actor is different but the process for me is collecting the data and forming the world, so I read books about the mafia, Russia and finance, topics that I wasn’t particularly up to date with. Then after that, I had to essentially put it aside and forget it and get myself into the headspace the character would inhabit.

I did this bizarre thing where I spent time as Alex doing really mundane stuff, such as buying milk or brushing my teeth, in his headspace with his demons, his conflicts, desires and passions. It meant when I was on set and they called action, the headspace became quickly familiar to me. I think it freaked people out when I walked about as a schizophrenic Russian banker and then would go back to being me but that’s my process!

Do your close friends notice when you are doing that?

I would limit the process to people I didn’t know - for examples the shopkeepers who saw me from day to day near my house. One day I would go to their shops as me and the next day I’d be someone really different.

I have a theory that as an actor you should love the person you are playing, however abhorrent their actions might be. Alex is a good man, certainly at the beginning of the show, and sees the best in people. As the story goes on, certain demons emerge and that’s what I had to understand and was part of the challenge - not just understanding but loving him despite his faults.

Did you have to do any specific training for the role?

Yes, part of the preparation that I’d never done before was Systema, which is a Russian martial art that used by the Russian military a lot. Production introduced me to David, an instructor in London, and I went on an unusual but enriching journey. Alex goes to two or three classes a week and it represents his love for Russia and also his conflict. I would go with David and roll around with lots of big Russians and genuinely, it was magical. I learnt an enormous amount, it’s about breathing, balance, movement and having a centred core but also it’s about dealing with everyday life, fear and adrenalin. Alex is someone who is able to put himself into high risk situations which a lot of us would run away from, but he can centre himself, take control and thrive under pressure, which is a lot to do with his training.

What appealed most to you about McMafia?

Whenever a project arrives on your desk, you look at the whole package, the writer, the director, etc., but ultimately it comes down to the story and it’s just a gem. It’s a brilliant dramatic journey so immediately I was hooked and desperate for the rest. It was quickly clear that this was a special show. It’s also got a truly international cast and I’ve never been part of something like that, with 150 speaking roles most of which have gone to people from other countries than the UK. So everyone brings their own respective energy and craft. I’ve learnt an enormous amount from them and I got to speak a bit of Russian!

Did you struggle with the Russian?

It was a surprise when they mentioned I’d need to speak it! Alex speaks it badly as his parents are both Russian but he moved to the UK when he was nine, so he has a grasp but doesn’t speak it well. It was fun to play with, particularly in regards to his relationship with his father where they were sometimes speaking two different languages. I had a few Russian lines and I learnt them phonetically with the Russian translators on set. I’d also learn Dimitri’s lines in English and listen for the sounds. It’s a beautiful language even though I had no idea what I was saying!

Why do you think McMafia will appeal to audiences?

I think McMafia is unique because it’s a story about the mafia and there is something compelling and timeless about organised crime which makes great drama. The mafia has changed, particularly since the fall of the Soviet Union, it’s become a globalised corporation essentially. McMafia tells the story of the sexy side of the mafia which people are attracted to but also the cost of the lavish lifestyle, how it’s paid for and who pays for it. The most important asset though is it’s a great story, Alex is sucked into this dark twisted criminal underworld and you desperately want him to turn around but as is often the case with good drama he makes bad choices along the way.

Did you know much about this world before?

It’s a world which we are aware of but afraid to confront. I hadn’t read Misha Glenny’s book before I got the role but that was an eye opener to read, I was amazed and disturbed. It’s so pertinent and it’s an important conversation to have.

The show wasn’t filmed in sequence, was that hard to play?

It was a huge challenge as we constantly had to be aware of where we were, in the morning we could be in Tel Aviv, in the afternoon in Moscow and in London in the evening, so we were really careful to keep in control of that. Luckily we had Caroline in continuity to make sure James Watkins and I had guidance of where Alex was at particular parts of the story. There were a few times James Watkins stepped in to tell me that we needed to remember we were in episode six, not episode three, for example, and we need to mark where Alex was on his journey at that point. It was such a gain that we only had one director through it all, James Watkins was adamant he wanted to direct all eight episodes, which wouldn’t normally happen on a show like this, but there was no one better to take us through this huge eight hour arc than him!

You’ve filmed in lots of amazing locations, which stood out?

It would be hard to choose a highlight on this job. It was an adventure we all went on together for over eight months; we went to the most extraordinary locations and met the most ridiculously wonderful people.

We were able to film at these great London locations, like Lancaster House and the Victoria & Albert museum. It was wonderful when the public went home and we descended in mad glory with our white vans. In order to show the size and scope of the mafia the second unit filmed in places like Mumbai and Tel Aviv, but the main unit mostly focused on London and Croatia.

It was an eye opener filming in Croatia, which is an amazing place. It’s so versatile, the crew, the weather and how it was able to cater for an incredible number of countries.

Do you think the world of TV is changing and how does McMafia fit into that landscape?

It is definitely changing and McMafia is an example of that change. It is exciting that we have people involved in the show that have come from an international film background, which adds to the feeling that it’s almost like we’ve made an eight hour movie. James Watkins, our director, has shot it like a film, not just in regards to the way it looks but also the cast, the locations and the crew as well as the sheer scale and size of it. We’ve used drones, helicopters, there was a sense that there were no limitations and it’s amazing to have made something like that, with the backing of the BBC, AMC and Amazon. So that feels like a change in the way TV is and can be made, we had an immense amount of support and resources at our disposal.