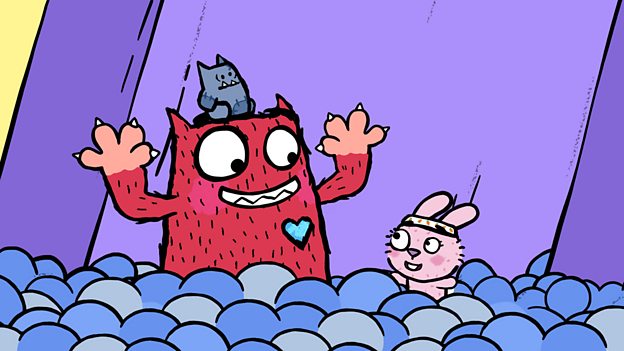 There is a Love Monster inside all of us who is learning as we’re going along in life, and when we understand some of the big picture, life makes a lot more sense.Rachel Bright

Collectively they have sold well over a million copies and been translated into over 38 languages. Rachel was World Book Day Illustrator in 2014 and has won and been shortlisted for numerous awards.

She is also the mind behind the multi-award-winning stationery and gift phenomenon, The Brightside - a collection of optimistic thinkings celebrating the art of the silver lining, which has sold over 15 million cards and five million gifts on five continents to date.

Where did the original inspiration for Love Monster come from?

This story arrived, unannounced and pretty much fully formed, in my brain, rather inconveniently at about 5am, two days after I had moved into the cottage in Dorset where I now live. I knew I had to rush downstairs and scribble it out before it evaporated into the day. Those first thumbnail sketches on a scrap of paper I hastily grabbed, stayed true, almost to the exact layout and pacing, as the finished first book. I had always wanted to write about the idea that when you set out boldly into the world to look for something, that providence moves with you. It’s a big idea for the small format of a picture book, but that’s why I love the medium, it forces every word to earn its place on the page. Ultimately these books are all about big ideas in life - the ones that connect us all. There is a Love Monster inside all of us who is learning as we’re going along in life, and when we understand some of the big picture, life makes a lot more sense.

What you think is the reason for its huge appeal?

Ultimately, I think it’s because he is all about love, kindness and connection. And he’s learning as he goes along. He is also fallible in a way we can connect with, as none of us get things right the first time, and for children it’s encouraging to know that it’s ok to make mistakes, get up, dust yourself off and try again. Love Monster isn’t perfect and whether you are two or 102, everyone feels that sometimes, but what unifies us all is love. I knew he had struck a chord when I started receiving all manner of letters about Love Monster - he has been used for proposals and ceremonial readings, tattoos and even wedding shoes! Someone once told me all my books are about love and I took that as the highest compliment!

How did you feel when you heard it was going to come to life on screen?

I still have to pinch myself sometimes to check this is all really happening! It had always been my dream to be a published author and illustrator and when that began to unfold, I didn’t think there could be any greater thrill - I still feel it now as I work on my 25th book! But in my quieter moments I had allowed myself to have other dreams too… and seeing one of my characters leap off the page and take on a life of its own on screen… well… that was something I often thought of! So to see Love Monster and his friends crafted into this amazing, living, breathing world of stories by the incredible team who have been working on it… it’s just the best feeling. Someone once said to me: "Having a book published is like winning the lottery… having it be successful is like winning the lottery twice." Well, seeing him come to life on the screen is like the lottery hat-trick for a creative like me!

How involved with the production have you been?

I have been incredibly lucky to be part of the creative development team from the very beginning. We held the initial brainstorm for the wider world in Dorset where I live - the birthplace of Love Monster! I’ve been on the ride all the way through since then, and was involved in the character, location sketches and suggested storyboarding for the first walk-through test for the animation studios. I have also had the privilege to read and comment on episodes at every step of the production process from premise to final script. I have even written two of the episodes myself! (also a dream come true!) All of it has been a steep and thrilling learning curve. In many ways Love Monster feels like part of me so being given the opportunity to stay so close to the production has been completely wonderful.

Do you have a particular favourite character from the book/series - if so who and why?

I’d have to say Love Monster of course - he’s the beating heart of the world, but the new core circle of characters - Tiniest Fluffiest Bunny, Bad Idea Puppy, Elder Kitten… they have all become such multi-layered and funny characters I now can’t imagine Love Monster without them. Bad Idea Puppy in particular has a special place for me because he is just hilarious! A good reminder to be perennially in the now.

You both write and illustrate the books - which do you enjoy doing most, and why?

I love both things and especially in picture books, the two go hand-in-hand since often magic lies between the space between the words and pictures, but if I had to pick one, I’d probably say the writing comes most naturally to me. I have always had words in my soul… my parents said I was born with a pencil in my hand! Always making up stories and drawing the pictures for them. I didn’t know then that you could actually do it as a job! Nowadays I illustrate and write one book a year and collaborate with other illustrators on two or three other stories which I write. It’s like getting to wear two different hats and it keeps me on my toes

What’s your opinion on the finished series?

I just LOVE it. It has evolved into something really unique, quirky, funny and full of heart. It’s basically everything I’d hoped for and more. The visuals are stunning, the storytelling is fresh, original, nuanced and funny and the voice cast and soundtrack is just so perfect. It’s all come together so well. I just can’t wait until it’s out in the world!

All your work has very positive and optimistic messages - why is that important to you?

I feel pretty lucky to have always been a glass-full kind of person! I often jokingly refer to myself as a professional optimist because it’s just the way I have always come to view life. I think in every situation, whilst you may not have control over what’s happening, you always have control over your reaction to it or your perspective on it. When I found a way to articulate that, it seemed natural to put it into my work. The world is full of dark and light, but the light is where I love to spend my time as often as I can. It’s bought endless gifts for me. I get contacted all the time by people who have found a kernel of that in something I have drawn, written or printed and to know that I may have uplifted another person on this planet... even for a moment… is really what it’s all about for me… and to see life as an epic adventure! 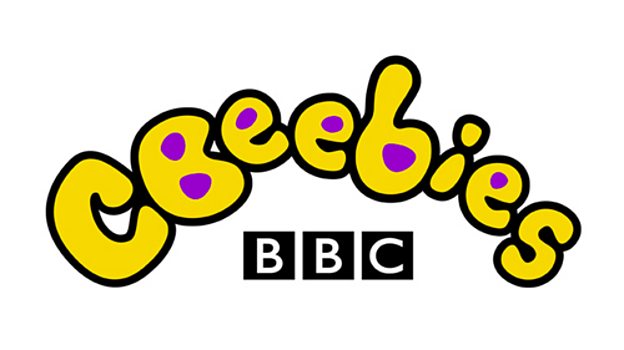