Love in the Countryside 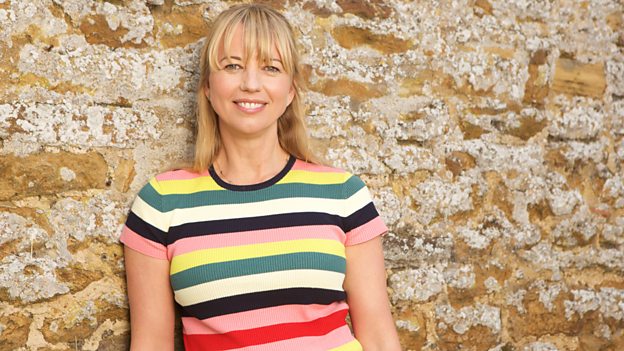 It’s definitely tough living and working as a farmer. You have to work such long hours on the farm and if you are in the middle of nowhere, it doesn’t leave much time to go out looking for love.Sara Cox

What appealed to you about hosting Love in the Countryside?

I am quite soppy and I feel really blessed that I have a lovely husband. It’s so exciting. You live vicariously through your single friends, as it’s always fun to hear about their adventures in singleton life! It appealed to me to help people find love but also the countryside dynamic to this show is so interesting. It’s a completely new angle. The thought of helping lovely farming people is really appealing.

Living and working as a farmer can be tough, can't it? Did you find it lonely living on a farm growing up?

It’s definitely tough living and working as a farmer. You have to work such long hours on the farm and if you are in the middle of nowhere, it doesn’t leave much time to go out looking for love. Obviously whomever you do find has to realise that farming is a vocation, you’ve got to love it and love the land. It’s a big responsibility, it’s hard work and you’ve got a lot of animals or crops to look after. Love in the Countryside is such a brilliant idea for a series.

Did you date many boys from the countryside or was it quite hard to find them?

To be honest, it would be a stretch to do a comparison. I left when I grew up but some friends of my dad had quite a lonely existence. Where my dad’s farm is, it’s on the edge of a village whereas the guys in this show really are in the depths of the countryside.

What are your memories of growing up on a farm?

My dad still runs the farm. Housing estates are slowly encroaching on the land but we were never out in the middle of nowhere. It’s the most wonderful place and you can see the cows shouting outside the window for breakfast and it’s really lovely. The cows had drinking machines which automatically filled up, so whenever the shower got cold, my dad would say: "The cows are having a drink!’

It was different for me but in terms of the loneliness side of things, what I did see was that even if you are on a farm, which is right on the edge of the town, you are stuck to the farm - especially in the winter when the cows need feeding and mucking out. In the summer, they are out in the fields and they don’t take as much looking after. It can be quite isolating. It’s a massive responsibility. You can’t say: "Let’s go to Paris for the weekend," as you have to have people around you who you can trust. It’s your livelihood.

Are you a romantic at heart?

I think so. I think it would be so fantastic to help the singletons featured on this show find ‘the one’. I envisage future children being called Sara! I am joking but it would be lovely to get really nice stories out of this.

Do you hope Love in the Countryside will raise awareness about issues faced by farmers when it comes to meeting someone?

It will be really interesting to explore the role of farmers and how much they do and see whether they are under appreciated or misunderstood. It will show the changing face of farming.

Would you like to be buying a hat by the end of the series?

Definitely I hope to be buying a new hat! I have already become emotionally involved with everyone on the show. They are all different but genuinely lovely people.

What do you think the key things are when trying to match make?

People need to give things a chance. They need to wait until they are in a room on a date. What’s really nice is the people that have applied after seeing the videos. They have seen how the rural people talk, move, walk and laugh. All that stuff is really important. All the rural people are working on is a flat photograph. They do need to get in a room with them. Laughter is important. If someone can make you laugh, then you are over half way there. It’s like at school, there could be the prettiest girl and the most handsome boy but if they have an awful personality, they slowly became ugly. It works in reverse. Someone might not be your dream date but when you spend time with them and find out about them, you can see past the physical side of things and see what lies beneath.

The show sees the contributors paired with someone from outside their rural community. Do you think this will prove an interesting dynamic?

Yes I think it will be interesting that different people are being put together romantically. I would jump at the chance if I were single and ready to mingle! I would love to take on a farmer! There are a lot of people on the hamster wheel doing the daily grind and doing jobs they don’t necessarily love. They are working because they have to keep a roof over their heads. It might not be a joyful experience. I think it could be a really nice chance for someone to start a new life in the country.

Do you think that farming is a thriving industry/way of life?

It’s a huge industry. We owe a great deal to our farmers. They deserve our support whether that’s paying a few pence extra for a bottle of milk. We should really appreciate our farmers. They work so hard. I was driving towards Great Yarmouth the other day and there is so much land. It makes you think how many people are working on the land and it’s rewarding. It’s an amazing way to live but it’s so hard.

What's an ideal date for you?

An actual date! Gosh when we have a date night, it normally involves a bit of Japanese, a movie and trying to stay awake! We have been to a few comedy gigs. We went to see Amy Schumer at the O2, which was brilliant, and a few years back, we saw Chris Rock play Hammersmith. Doing something like that is pretty fun. I do get to do nice things. When I was pregnant, we went to a lot of musical theatre, as I couldn’t drink!

Did you have fun filming the series?

It was brilliant. The contributors were very brave to go on camera and talk about being single. I reassured them that this isn’t going to be the sort of show where we’ll take the mickey out of them; it’s going to be a 'feel good' show. It will be sweet, endearing but it’s not going to be cruel. We genuinely want to find love for them and follow their adventures.

What do you think are the essential qualities that make up a great relationship?

Making someone laugh is definitely so important. I am proud to say I laugh at least 14 times a day! It’s not the actual figure but my husband makes me laugh a lot. It’s really crucial. Sometimes when you are having a bit of a tough time, you need to be able to laugh.

Would you and your family ever move back to the countryside?

I would love to but we are settled in London and all my work is based here. I am waiting for Lola to get older to share a horse with her. But I do occasionally go off to Dartmoor to do the Dartmoor Derby and occasionally I ride an ex-race horse on the Epsom Downs and so I try and get out. To be honest where I live is really nice, you wouldn’t know you were in London as there is a bit of greenery.

Have you ever tried to match make?

Funnily enough, I’ve had quite a big success with a couple called Ross and Amy. It was years ago. Ross followed me on Twitter and he really made me laugh. Then this girl called Amy who followed me started to notice I was chatting with Ross. She started to follow Ross and they started talking independently and they’ve just had their second baby! How good is that? They are married and they’ve had their second boy. It’s so lovely. In the Twitter world, I’ve managed to do it.

In the real world, I haven’t. It’s really hard to find decent men! I’ve got some incredible female friends who are single. They are successful, dynamic and the funniest women I know. But I think men are quite scared off by that. Some men aren’t though as clearly my husband isn’t!