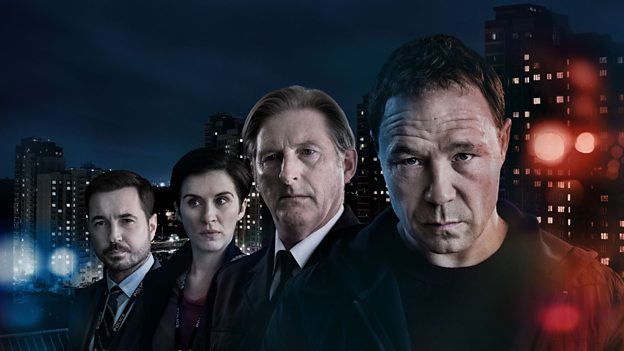 Category: BBC One; Drama
Written and created by Jed Mercurio and made by World Productions for BBC One, Line of Duty returns at 9pm on Sunday 31 March.

When three police officers are shot dead during the hijack of a seized drugs transport, AC-12 move in to investigate possible police collusion.

Stephen Graham joins the series as John Corbett, the ruthless leader of an Organised Crime Group (OCG), who hijack a seized drugs transport.

As the body count rises, AC-12 realise they’re facing their most vicious adversary yet.

Line of Duty is made by World Productions (Bodyguard, Save Me) for BBC One.

Produced by Ken Horn, executive producers are Jed Mercurio, Simon Heath and Priscilla Parish for World Productions, and Tommy Bulfin for the BBC. The series is directed by John Strickland and Susan Tully. Line of Duty is made with support from Northern Ireland Screen.