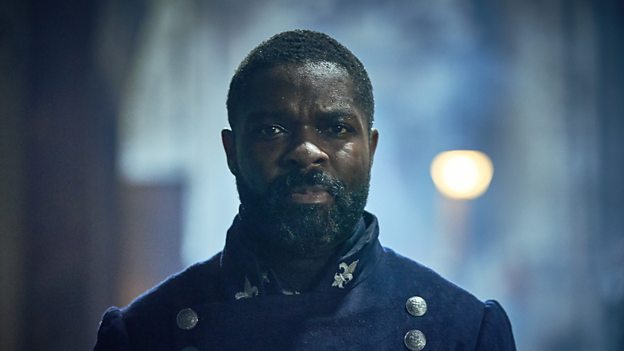 Tell us about the story of Les Misérables?
Les Misérables follows Jean Valjean, who was in prison for 19 years and is looking for redemption. In terms of what he believes justice looks like, Javert is someone who comes from the opposite end of the moral scale. Valjean represents grace, redemption and seeking forgiveness. Javert represents retribution and an Old Testament way of looking at the world. He doesn’t believe people are redeemable.

Tell us about your character?
Javert is someone who grew up poor as he was born to parents in prison. He could have gone down a criminal path but he chooses the path of righteousness. He is intolerant of any criminality. You see a man on his own personal quest for justice.

How did you feel about taking on the role?
I read the scripts and couldn’t get over how incredible Andrew’s story is. I then read the book and was astounded by how well he has captured such a huge novel into six hours of television. I was fascinated by Javert as a character and I had a lot of questions about him. You are always looking for a layered character.

Tell us about the time span of Les Misérables
The story as it unfolds takes place around a 20-year period. It starts in the early 1800s and goes into the 1830s. When you are afforded that time span, you can really get deep in terms of story, character and arc.

Do you think Les Misérables appeals to a modern audience?
The nature of the way we have told these stories; seeing it through the eyes of the rich, poor and everyone in-between, means that it will be relevant to audiences in a way that maybe hasn’t been quite the case in the past.