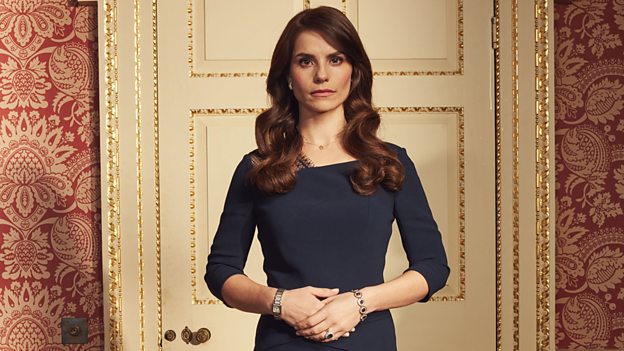 My Kate is the Kate of Mike’s world. She isn’t necessarily the figure that we all have in our minds but maybe she does have this different side to her behind closed doors.Charlotte Riley

What were your initial thoughts on reading the screenplay?

I read the initial draft of the screenplay and was blown away by it. I just thought it was such a brilliant concept with incredible language, I loved it and the character and her journey. It was immediately something I wanted to be a part of. Then I went back and listened to the radio recording of the play and it was wonderful to see the journey that it had taken. I didn’t get to see the play in London or New York which I was really gutted about. The other cast members have been really kind and shared a lot of stories with me though. It’s such a luxury to learn from the people who have performed these words hundreds of times but I had a lot of ground to make up and my challenge was catching up to where they were at and fitting in.

Has it been easy fitting in as the new cast member?

I was talking to a friend about how nervous I felt as I was an outsider, and she said to use it for the character as that was the situation that Kate was in when she joined the family and I’m joining theirs. I don’t know what her experience was but I was told it was a good experience and that she was taken under their wing which is how I’ve felt with these guys. They have all taken the time to welcome me into the fold so I was lucky really!

It’s less imaginary and more rooted in reality. The research has been quite interesting, you can watch William and Kate’s engagement interview, for example, but you can’t take it that that is what they are actually like; people change when they are being watched. But that was useful for when I was playing her public persona.

Describe your version of Kate…

My Kate is the Kate of Mike’s world. She isn’t necessarily the figure that we all have in our minds but maybe she does have this different side to her behind closed doors. She is pragmatic and forward with her opinions and wants to move things forward for the Royal Family. She encourages William to become the man she knows he can be, leading from the front. She’s almost like the CEO of a business. She is doing what she thinks is right.

I think they will enjoy this piece because it’s so unusual and so different to anything else on TV. It’s a really important and interesting piece.