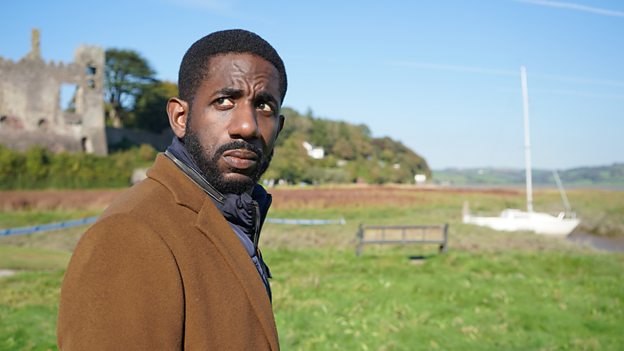 There’s an honesty in Keeping Faith that I love. It feels authentic. It’s about ordinary people trying to do their best but somehow messing it all up along the way.Rhashan Stone

Category: BBC One; Wales; Drama
Rhashan Stone plays DI Breeze. A new character, DI Breeze is called on to investigate a murder, but finds himself drawn into a wider web of lies...

What’s your character’s relationship to Faith?

DI Breeze is suspicious of Eve and her involvement in Evan’s wrongdoings. He feels that she’s the one that got away. A murder investigation reunites them and DI Breeze suspects that Faith is again suspicious of her. However, she has a powerful and unexpected effect on him and he’s torn between wanting to put her away and saving her from herself.

Eve is a wonderfully surprising actor. Scenes never quite play out the way that you think they will. She’s so adept and quick thinking - a joy to work with.

Well, I loved series one - it was one of my favourite dramas last year. I jumped at the chance to be involved. I also wanted to work with Pip Broughton. She’s such an inspirational director. She understands how to get the best out of actors and has an understated confidence that really shows in her work. She’s the real deal.

How did it compare with other dramas?

There’s an honesty in Keeping Faith that I love. It feels authentic. It’s about ordinary people trying to do their best but somehow messing it all up along the way. The tiniest of lies lead to the most tragic events - nobody is perfect. It’s beautifully crafted but not ‘slick’, truthful but not ‘worthy’. I just found it compelling.

Sum up Keeping Faith in a few words
An intimate, psychologically complex drama about the enormous impact tiny lies have on our lives.

The jokes! We were very focused when filming but in between there were plenty of laughs. Eve loved it when I played the oh-so-serious DI Breeze as a Jamaican wide boy. She cracked up!