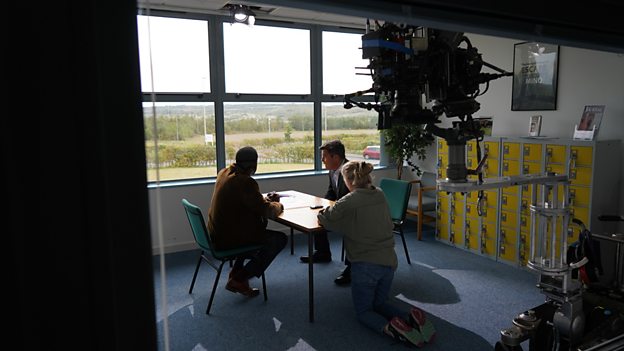 Everyone just fell in love with Eve’s Faith. Her performance is so raw, so honest, so nuanced, so fresh. I think viewers love that. And the landscape. And the music. There’s lots to love.Pip Broughton

Category: BBC One; Wales; Drama
Pip Broughton is an acclaimed producer. She is the co-founder of Vox Productions and was the lead producer on the first series of Keeping Faith, as well as the much-anticipated second series.

What’s in store for audiences during series two?

Keeping Faith is a domestic thriller, it’s warm-hearted, it’s intimate, set in a stunning little-known part of the Welsh coastline and centres around a woman in crisis.

Over the rollercoaster of the first series Faith discovers her husband has been leading a double life and has got involved in serious crime. How could she not have known! She is a brilliant lawyer yet didn’t see any of the signs.

Series two starts 18 months later. We meet Faith in her ‘new normal’. Running the family, the law firm and still paying the debts her husband built up during his double life. She, and all those around her, are living with the scars of the lies of the past. Life will never be the same again after Evan’s disappearance and deceit.

So it’s the same world, same characters, same family values which are stretched to their limits, same warmth and raw, emotional performances. But there are new twists in the marriage and legal career for our 'Erin Brockovich for Wales'.

How to you approach a second series, when the first series was so successful? Does the expectation add to the pressure?

The huge breakout success of the show took us by surprise. The Guardian called it the ‘Big Little Lies in West Wales’! So as we approached a second series, we asked ourselves, what we thought the show's success was down to. Our answers: it’s a great story; all the performances are great; it’s got a unique feel; it’s intimate, relatable, available, warm and totally uncynical. It’s got its own unique tone, feel.

Eve and I talk about it as the ‘people’s show’. The audience found the show and the word went round like wildfire. The iPlayer figures went through the roof. And what we learned was that the cross section of viewers is huge. People of all ages watched it, both men and women. It seems to touch people, everyone can relate to it. It’s universal.

Everyone just fell in love with Eve’s Faith. Her performance is so raw, so honest, so nuanced, so fresh. I think viewers love that. And the landscape. And the music. There’s lots to love. It’s great because it was Vox Pictures’ first series and people know who we are now.

The legal case that Faith takes on in the second series is new but the central drama still lies around Faith, her family, her marriage and her children. So, no, we didn't feel added pressure. We just 'did more'. We continued our story, and continued loving making it. We have huge fun making the series.