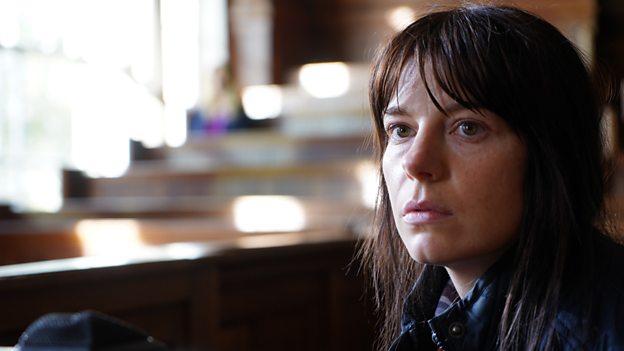 It's hard to know where the truth begins and ends with her. When I read the script I couldn't put my finger on it but I was constantly changing my mind about how I felt about her. She is complicated.Aimee-Ffion Edwards

Category: BBC One; Wales; Drama
Played by Aimee-Ffion Edwards, Madlen Vaughan is a mother in crisis. Accused of killing her husband, she calls on her friend Faith to defend her in court.

What’s your character’s relationship with Faith?

Madlen and Faith's children go to the same school - Madlen persuades Faith to help and represent her when she is accused of murdering her husband.

What was it like working with Eve Myles and the other cast?

I had a great time working with Eve and the rest of the cast. I knew some of them already and it's always nice to see a friendly face on the first day of filming. Especially when you are joining an already established cast on a second series. Everyone was fun and open. I loved working with everyone.

It was the character I was most drawn to. It's hard to know where the truth begins and ends with her. When I read the script I couldn't put my finger on it but I was constantly changing my mind about how I felt about her. She is complicated. There are moments of real fragility and then flashes of real stubbornness and strength. There is something exciting and terrifying about approaching a part like that.

How did it compare with other dramas?

Generally it is like filming anything else only you have to shoot double the amount in two different languages. That can be challenging but it is also a privilege to have the opportunity to do that. I take my hat off to Eve. It's amazing what she achieves in this show.

Most of my scenes are set indoors so I didn't get much fresh air or daylight for a while but my first ever scene I shot was in Laugharne by the estuary. I love it down there. It's magical.