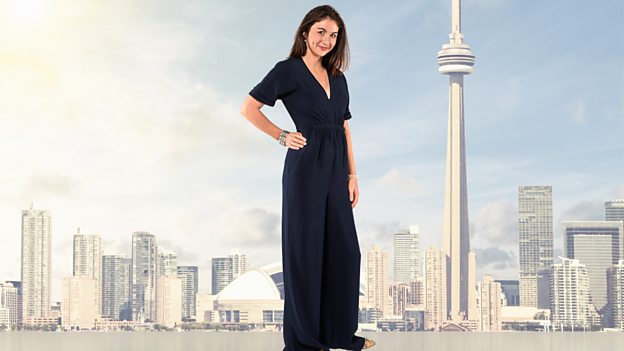 For me, it really means strength of spirit, strength of character and the unity of people coming together and the good it can bring to their lives.Daráine Mulvihill

What’s so special about the Invictus Games?

It’s a sporting event that highlights the strength of spirit that a human being can have. When you see these athletes and what they’ve come through to get to where they are when they’re performing, it’s just incredible. You can’t ignore the backstories when you’re looking at a competition like the Invictus Games. For me, it really means strength of spirit, strength of character and the unity of people coming together and the good it can bring to their lives.

Which former competitor or Invictus story has inspired you the most?

It would have to be JJ Chalmers. I’m now working with him and to see what he achieved at Invictus with his gold and his two bronze medals, but to now be part of our presenting team with the amount of knowledge and experience he brings, and also for me to see first-hand what he’s come through, is really incredible. I lost limbs the same as JJ lost limbs, but he lost them in circumstances that are completely beyond my comprehension. So for me working with him day-in-day-out and seeing the positive attitude that he has, it’s been incredible. And to watch his past performances is pretty amazing as well.

I’d say the best event to follow is probably the wheelchair basketball. I always think it’s one of the main events at any Invictus or Paralympic event. The level of competition that’s there is huge and just seeing it in Orlando and how it ignited the crowd and the spirit, well, the atmosphere at those Games was just unreal. So I’d say if you were an outsider and watching the Invictus Games for the first time, definitely wheelchair basketball is one of the best to follow.

Rather than one stand out athlete or performance, it’s just the overall atmosphere. There’s such an atmosphere of camaraderie, of friendship and spirit and of people really uniting, it just shows the power of sport. You can see what it means, not just to the athletes but to their friends and families. You see the faces of 5 or 6-year-old children light up seeing their father or mother competing. A lot of people competing in the Invictus Games would have had really tough moments in their lives and you can really sense the joy and the celebration that they and their friends and family have to just be there. And when you’re there you just pick up on that, it’s impossible not to. Every time I think about it I just smile because it’s just a massive positivity and happiness and joy.

Invictus helps to turn people’s lives around - can you tell us of an inspiring turning point in your life?

The big turning point in my life was when I got meningitis. I was 16 at the time and I was an aspiring cross-country runner, I used to compete as well as playing basketball and various other sports but running was my thing. Then I had meningitis and I lost both my legs below the knee and all my fingers. I spent a full year in hospital and further rehabilitation afterwards. That was a moment when things could have just gone downhill, when everything you were hoping for and planning in life is suddenly not really there on the table any more. It was that moment that I had to take stock and I decided - this is my reality now, so I have to make the best of it. And I think I’ve done a fairly good job of picking myself up and making a new life and a new reality for myself.