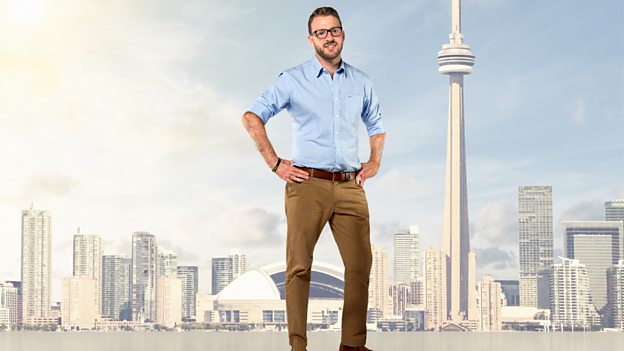 Invictus is still one of the best weeks of my life and that moment when I won my medal was like no other, especially as I crossed the line with my two friends and we were all awarded the gold medal.JJ Chalmers

What makes the Invictus Games so special?

With Invictus, the more you put into it, the more you get back. It’s the idea that if you want to be motivated, if you’re a sportsperson or not, and you want some form of inspiration, you will find that because Invictus just oozes inspiration. The other thing Invictus offers is a different understanding of the military world. Whenever you see the military in the media, it’s either on the news in times of conflict or it’s on ceremony wearing fancy uniforms in the remembrance parades. So this is an opportunity to see a different side of the military, to get an idea of what it’s like to be a family member within it, what it’s like to have pride to serve your country. It’s not just for disabled people, it’s not just for the military - it really is something that anybody can relate to. Because at the end of the day, yes these people are soldiers, yes they are disabled, but actually what they are is human beings.

Which former competitor or Invictus story has inspired you the most?

An amazing story that completely encapsulates Invictus, is someone who went on to become a Paralympian as well, US Army Sergeant Elizabeth Marks. She won a gold medal in the 2016 Orlando Games, in swimming, in fact she won several, but one of the medals she famously gave back to Prince Harry after he awarded it to her. Because before the 2014 Games she had flown over from America to compete and she took ill with a lung condition. She ended up in Papworth Hospital, in Cambridge, and she was on death’s door by all accounts and people were making arrangements to repatriate her, but she pulled through and she handed the gold medal back a few years later and said can you please give it to the hospital, which he did and they now have her Invictus gold medal because she felt that she wouldn’t be there if it wasn’t for the doctors and nurses that put her back together. It completely and utterly encapsulates the Invictus spirit - you can win a medal but it’s not only you that wins it, it’s everybody that comes together to put you there.

What is one of the most exciting events in the games?

In terms of team sports, I think the wheelchair rugby final from 2014, Great Britain vs USA, is probably still the best live sport I’ve ever watched. I was there in the Copper Box Arena which had been made famous in 2012. The sound was unbelievable. The environment and the energy in that place was just unreal. The match was just point for point, back and forth, anyone could have won it right up until the final second. Thankfully the British team were the champions. I’ve never sat on the end of my chair quite as much and constantly wanted to get up on my feet, it was just incredible.

What’s your most memorable highlight from previous Invictus Games’?

It all starts with an opening ceremony and one of my favourite memories was the 2016 opening ceremony. The amazing thing about it, apart from being a big concert and all the sorts of things you’d expect, it is all tied into the military; it just gets the whole ceremony off to a good start and gives you an idea that this isn’t just another sporting competition, it’s a really special thing. One of my favourite memories from it all was a guy called Louis Nethercott, who suffered from Post-Traumatic Stress Disorder. He basically saved my life in Afghanistan and he came to the Games in 2014 to watch me and his friends take part. He had never competed at the Invictus Games, but just as a result of watching it and seeing his friends overcoming physical injuries and the like, it inspired him to begin to deal with his own psychological issues. From a guy who would barely leave his house before going to the Games in 2014, being very nervous to even go and be part of a crowd, to two years later where he was standing on the stage and being introduced by Morgan Freeman, sharing his story in front of millions on people. And it’s that idea that you don’t even need to take part in Invictus for it to change your life.

Invictus helps to turn people’s lives around - what impact has it had on you?

Invictus is still one of the best weeks of my life and that moment when I won my medal was like no other, especially as I crossed the line with my two friends and we were all awarded the gold medal. We didn’t know it at the time but that was a very special moment in the history of Invictus - we were just doing what felt right at that very moment which was, all three of us as competitors who had worked together at that point didn’t deserve to win more than anybody else, we felt the only way to finish that was to cross the line together.

Invictus been such a transformation for me, it’s completely changed my life. I wouldn’t have the career that I have as a presenter if it wasn’t for Invictus. Invictus has become my biggest passion in many respects within my new career. I consider myself an advocate for it as well as a presenter of it. When I look for motivation I don’t have to look far. I just look to all the heroes because they are my best friends. I can draw amazing strength and power from those people.