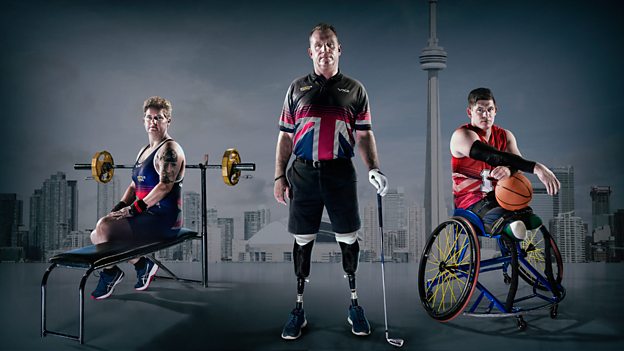 Invictus: Battle To The Start Line

The documentary is voiced by Carmen Ejogo. Producer/Director Ben Duncan meets all of the competitors and their friends and families and follows their progress from application to selection to the games.

Former Army Major with the Grenadier Guards, Bernie Broad lost both his legs below the knee due to injuries sustained in an explosion in Helmand Province in 2009.

He underwent four and a half years of extensive surgeries whilst at the same time undergoing rehabilitation at DMRC at Headley Court.

He says: “Since being medically retired from the Armed Forces in 2014 after 32 years’ service, I felt that I had lost my motivation and drive and had become quite complacent. I have always been a keen and competitive sportsman so I kick started my fitness regime and now regularly swim, walk and play golf.

"I am looking forward to taking part in The Invictus Games as I see this involvement as a way to re-focus myself physically and mentally and to re-engage in a full, active, competitive and fulfilling life.”

Former sapper Jack Cummings is a double leg amputee who is looking forward to competing in his first ever Invictus Games. He views the Games as an opportunity to see how far he has come since leaving Headley court in 2014. He married in August 2017 and is keeping fit by going to the gym and swimming 3-and-a-half miles a week.

Competing in powerlifting and rowing

Former Royal Air Force Flight Lieutenant Michelle worked as a paramedic. Following three tours of Afghanistan, she was diagnosed with Post-Traumatic Stress Disorder in 2012. Michelle has been selected for the rowing and powerlifting events at Toronto 2017.

Dealing with the anger and anxiety her PTSD brings is an ongoing challenge, but she says Invictus has been a lifeline for her after being diagnosed: “I decided to give myself something to live for again. Invictus has given me a fire back in my belly, helping me physically and mentally.”

Scott ‘Yaz’ Yarrington is a former Army lance corporal who lost his legs after stepping on an improvised explosive device in Afghanistan. He is new to the Invictus Games and will compete in Wheelchair Basketball. He believes the taking part gives him a goal to strive for and a reason to do regular exercise.