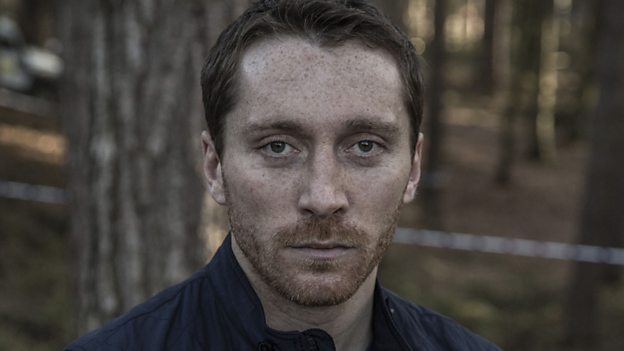 In the story, you don’t know where we are supposed to be putting our loyalties, you have these characters that you feel you should get behind but actually, there are massive parts to their characters we don’t like.Ben Batt

What is In The Dark about?

In The Dark is a story about a cop called Helen Weeks and her relationship with her partner Paul, set against the fascinating backdrop of two intricate murder cases.

What are the themes in the series?

Tell us about your character, Paul Hopkins.

Detective Paul Hopkins is a mid-thirties detective who’s climbed the ranks and done very well for himself within the police force. He’s worked in vice and narcotics. He’s also the kind of guy you want to go for a pint with down the pub - you really root for him.

What can you tell us about the relationship between Paul and Helen?

Paul and Helen met at work and when you meet the characters, at first you see this wonderful couple who are about to have a baby. He’s madly in love with Helen and you can see that straightaway. He’s a good guy who loves her and is really excited that he’s having a baby. It’s very much the ideal situation of a couple. But you really quickly find out it’s not all it seems to be. His whole world completely changes. He is doing very well in his job and has a very happy home life but all these things get taken away from him. Whilst Helen is going through her investigation and going back home you have another storyline of Paul having to come to terms with his life and what it is now and how he can move forward. This perfect lifestyle he thinks he has is actually all a fairy-tale, it’s not true.

Why were you drawn to In The Dark?

What made me really excited was how it immediately struck me as something that could be really different and quirky in its nature. Not just another cop drama. If there’s an opportunity to be a part of something that’s really different to what you’ve ever seen before, then you need to grab it with both hands. In the story, you don’t know where we are supposed to be putting our loyalties, you have these characters that you feel you should get behind but actually, there are massive parts to their characters we don’t like. We don’t agree with some of the things that Paul has done, or things that Helen has done. When you get presented with that you wonder if you trust them. Then you see something later that makes you come full circle and you realise that’s the reason why they have been behaving like that. It’s just so different; rather than just this damaged cop that goes and investigates a case and a ‘who did it?’

What was it like working with French director Gilles Bannier and Norwegian director Ulrik Imtiaz Rolfsen?

Gilles is very interested in the dark detail and how we can throw the audiences and play them whilst Ulrik was very interested in the relationships between the characters and their humanisation. Gilles very much takes his time on set and looks at the bigger picture, whilst Ulrik has a feeling and encourages you to go with it. On paper, it felt very English, we were either in inner city Manchester or this quintessentially English village. It was very refreshing to then have their European take.

I hope we’ve shown a variety of sides to Northern England. Being a proud Northerner myself, we’ve avoided many stereotypes. In The Dark shows the epic beauty of a village with the country pubs and quirky people who live in these very very small towns, and then that hard hitting, multicultural multinational epic that is Manchester. A lot of things are being made in Manchester now, quite rightly, and it’s such a cultural melting pot, it’s nice that we are giving a slight nod to what is actually really happening in the North of England and the variety up there. The locations really suit the two different stories. It’s wonderful we were able to use them as a backdrop, as a wallpaper to these two great stories.

What was it like working with Mark Billingham and Danny Brocklehurst?

Danny Brocklehurst I’ve known for a long time. I worked on Shameless with him and he’s very well respected. I’ve always been a big fan of what he’s done. We kind of knew each other through people. Mark Billingham I’d never met before, but I read the novels as soon as I’d read the scripts. You can see that Danny loves the stories. They have a good working relationship as Mark has made sure the essence of his stories are still being told and accurately with the heart he wrote them with, but he allowed Danny to put his twist on it without holding him back. These two great talents have been working alongside each other and on set you see them not hindering each other and allowing us to tell these stories in a very creative atmosphere.