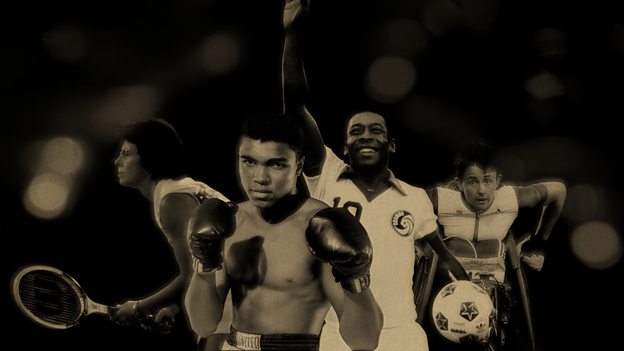 I believe an icon is someone whose impact reaches beyond their chosen field, who takes action on behalf of others and whose influence last long after their time on earth.Clare Balding

In the sixth episode of Icons, Clare Balding learns about the extraordinary talent of four top sportspeople of our time: Muhammad Ali, Pelé, Billie Jean King and Tanni Grey-Thompson. At the beginning of the 20th Century, often only the richest had the time and money to commit to sport. Clare learns about how sport has become an inclusive and unifying force. Clare believes that a sports star should be crowned the public’s icon of the 20th Century. But who deserves your vote?

In 1958, the Brazilian national football team lifted the World Cup for the first time in their history. The nation went delirious for a 17-year-old prodigy who came from nowhere to take the world by storm. Pelé remains the youngest player ever to score at a World Cup final. Clare meets football writer Tim Vicker to learn about Pelé’s humble roots and trace how he became a global superstar. But those early glory days, were soon a distant memory and Pelé’s next two world cups would be blighted with injury and defeat. At the age of 30, when most players would be facing the end of their careers, Pelé announced his comeback. At a moment where football was first becoming a huge televised spectacle, Pelé ended his international career with a series of magnificent performances in a magnificent team.

After winning Olympic gold, Cassius Clay made his bid to become heavyweight champion of the world. Clare meets reporter Robert Lipsyte who covered the infamous match, discovering that Clay was always keenly aware of his place in the world. Shortly after pledging his allegiance to the Nation of Islam, a radical Black Muslim movement, he changed his name to Muhammad Ali. When Ali conscientiously objected to fighting in the Vietnam War, he lost everything: his championship title, his licence to box, and he became the most reviled figure in America. Jonathan Eig, Ali’s biographer, retells Ali’s incredible comeback and how his bravery inspired so many in both the boxing ring and the political arena.

Billie Jean King was not only a phenomenal athlete, she also fought to achieve equality for female sportspeople. King was the top women’s tennis player in the world by 22. Former professional tennis player Rosie Casals explains how King was part of a group of women who fought to create women’s professional tennis. After forming the Women’s Tennis Association, King became the face and voice of women’s tennis. She was approached by men’s ex-champion Bobby Riggs for the match of the century - the Battle of the Sexes. In a win for women’s sport and the wider women’s movement, King emerged victorious. Clare talks to Billie Jean King herself about winning 39 Grand Slam titles and how she continues to fight for women’s equality.

Tanni Grey-Thompson is an athlete with no fewer than 11 gold medals. She won the London Marathon six times and her achievements changed the lives of millions with disabilities. Clare meets Tanni’s former coach, Jenni Banks, and Lord Sebastian Coe to learn about the resilience it took to be a wheelchair racer in an era where adequate paralympic sport facilities were rare. Tanni’s successes in the public eye helped to make disability sport more mainstream. She has tirelessly campaigned for better rights for disabled people. Clare meets Tanni herself to learn more about her mission to help all disabled people feel included, empowered and inspired. 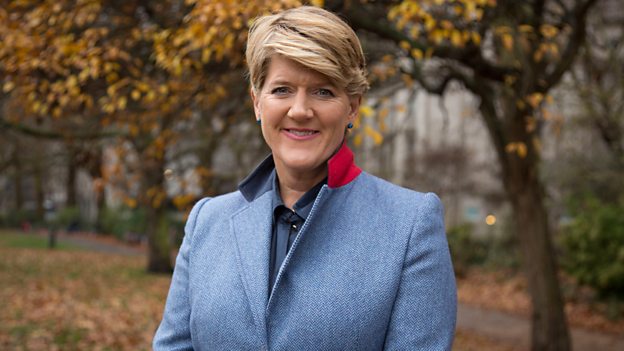 I believe an icon is someone whose impact reaches beyond their chosen field, who takes action on behalf of others and whose influence last long after their time on earth.

Hugely. I came away from interviewing Billie-Jean King determined to do more to fight for the things I believe in - equality, diversity, opportunity for all. It has also made me even more aware of the power of sport to reach people in all countries and from all backgrounds.

Why are you so passionate about Sport stars as a category of Icons?

I think sport is about far more than kicking a ball or running a race. At its best, it is a true meritocracy which rewards achievement without favour or judgement. There are a few individuals in the last century who made the most of their moment in the spotlight to change the world around them and they made a difference to millions of others.

While it's difficult to compare achievements from the different areas of life, I believe that sport has the broadest reach and has the power to bring people together. It is the language of the masses and these icons have spoken out on behalf of those who do not have a voice.