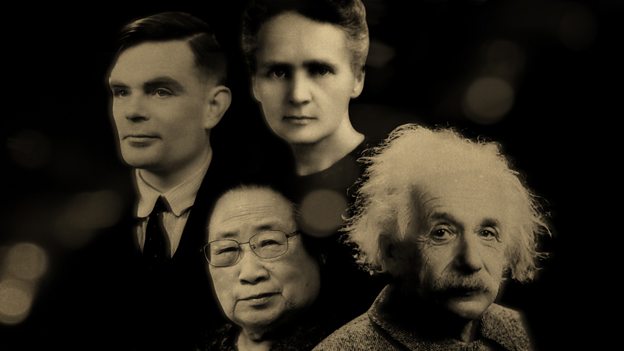 An icon has the intellectual courage to think outside the box and the personal courage to fight for what you know to be right.Chris Packham

In the third episode of Icons, Chris Packham learns about the very best and the very worst of the 20th Century and the incredible legacy of four scientists: Marie Curie, Alan Turing, Albert Einstein and Tu Youyou. Chris argues that a scientist should be crowned the public’s icon of the 20th Century. But who deserves your vote?

The first icon is Marie Curie, who overcame obstacle after obstacle to become one of the foremost scientists of the 20th Century. Curie emigrated to France as universities in her native Poland didn’t accept women. Recounting her work, Chris meets biographer Marie-Noëlle Himbert and historian Dr Emily Mayhew, to learn more about Curie’s pioneering use of radiology for cancer treatment and x-rays for military and civilian medicine. She brought mobile x-ray units, and an army of women to operate them, to the front lines of the First World War. Together, it is estimated that 900,000 lives were saved due to Curie’s work on the front line. She died from leukaemia almost certainly caused by her exposure to x-rays on the battlefields of France.

The next icon is Albert Einstein, one of the greatest minds of the century. His theories famously changed the way we see time and space. He used his extraordinary intellect to achieve not just scientific fame but also to fight for what he saw as a better world. As an outspoken pacifist, advocate of free speech and a Jewish intellectual, he was in real danger in Nazi Germany. After a move to America, he continued to oppose warfare and the creation of the atomic bomb. Chris meets Professor Thomas Levenson, professor of science writing at MIT, and Nobel-Prize winning physicist Professor Roy Glauber of Harvard University, to learn more about the great scientist, the defender of the freedom of speech, and his dedication to morality.

Alan Turing, mathematician, computer scientist and marathon runner, helped Great Britain win the Second World War. In 1939, Nazi U-boats were decimating Britain’s supply convoys in the Atlantic and the country was on the brink of starvation. Turing was summoned to Bletchley Park to crack the Nazi code and save the nation from disaster. Chris speaks to Ruth Bourne, who helped run Turing’s project, and former codebreaker Asa Briggs. It’s believed that Turing shortened the war by two years, and his work with early computers paved the way for modern Artificial Intelligence. Tragically, after the war, Turing was persecuted for his homosexuality. Arrested and convicted of gross indecency, he was forced to undergo what amounted to chemical castration and lost his job at GCHQ.

The last influential icon in this category is Tu Youyou, the Nobel Prize-winning scientist who discovered the cure for malaria and saved millions of lives. It was a world-changing discovery, yet for over 40 years, the name of the genius behind it was shrouded in mystery. Chris meets with Professor Louis Miler and Dr Xinzhuan Su who made it their mission to solve the mystery and Ni Muyn who worked closely with Tu Youyou on the project. After the Vietnam War, Chairman Mao Zedong declared the hunt for a cure for malaria to be a top priority. While Youyou avoided the brutality of Mao’s Cultural Revolution, her husband was sent away to a re-education camp and her children were placed in care. Upon discovering the natural compound, she even risked her life to bravely test its safety on herself. Youyou made huge personal sacrifices in the pursuit of a cure. 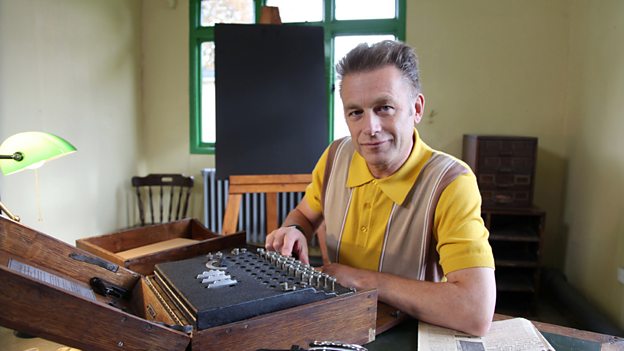 An icon has the intellectual courage to think outside the box and the personal courage to fight for what you know to be right.

All four scientists are outsiders who fought against the system, propelling humanity forward. They’re my kind of people because I’m a bit of an outsider too. I have the same desire to understand the beauty of the natural world.

Why are you so passionate about Scientists as a category of Icons?

My real hope is that somebody watching this programme, some young scientist, will be inspired by the icons’ passion, drive and their determination to succeed. We need these qualities more than ever as we find ourselves, once again, amidst a global catastrophe. Climate change, human population growth and damage to the environment threatens us all. These problems are not going to be solved by politicians or sportsmen or sportswomen or rock stars. They’re going to be solved by scientists. We had better pray that they’re out there.

Why do you think the ultimate icon of the 20th century should come from your category?

When I think of the 20th Century, what blows me away, what I find completely overwhelming, is just how much we changed the world in one hundred years. None of this was down to the work of politicians. None of it was down to sportsmen or women, or rock stars. No. This was all the work of scientists.