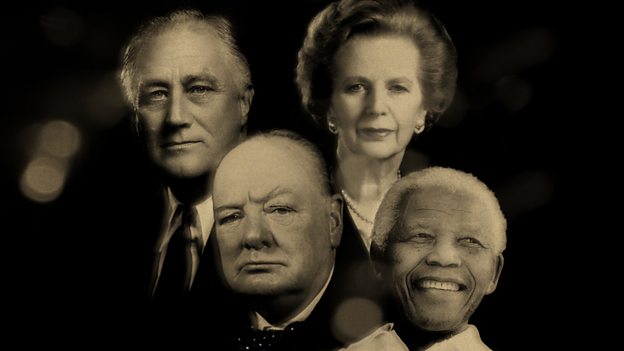 That desire to serve, despite adversity, requires an enormous generosity of spirit. I think that’s the key that truly makes an icon.Sir Trevor McDonald

During his illustrious broadcasting career, Sir Trevor McDonald has interviewed many of the top politicians of our time. In the first episode of Icons, he argues that a political leader deserves to be crowned the public’s icon of the 20th Century. From the darkness of 1940s Blitz Britain to a hopeful new South Africa, Sir Trevor tells a story of four iconic leaders: Winston Churchill, Franklin D Roosevelt, Margaret Thatcher and Nelson Mandela. But who deserves your vote?

As Nazi bombs rained down on Britain, Prime Minister Winston Churchill stood firm. Sir Trevor meets Churchill’s granddaughter, Celia Sandys, to learn more about the man behind the iconic wartime speeches. Sir Trevor is surprised to learn of Churchill’s wartime heroics in the Boer War as a journalist, prisoner and soldier. Churchill’s confidence and courage led a nation through war in democracy as much of Europe fell to dictatorships.

The next contender in the Leaders category is Franklin D Roosevelt. His achievements as a leader were forged in crisis. Winning the presidency with a message of hope, Roosevelt had already survived battles of his own: surviving polio and living with paralysis. He pulled America out of the Great Depression by pouring funding into farming, infrastructure and social security. Reviewing his legacy, Sir Trevor speaks to historian Professor Margaret McMillan and sociologist Professor Tom Shakespeare who celebrate the way he unified a country in chaos to fight for a better future.

Back in Britain, Sir Trevor looks at one of the most controversial world leaders of our time - Margaret Thatcher. Born to a greengrocer father, Thatcher beat the odds to rise up the ranks of a male-dominated parliament. She became the first female leader of the Conservative party and the first female Prime Minister of the UK. She faced sexist abuse and worked tirelessly to become a leader for the television age. Speaking to politician Kenneth Clarke, MP and Thatcher’s private secretary, Caroline Slocock, Sir Trevor hears about a politician utterly revolutionary in her era.

Finally, Trevor revisits the story of a leader who changed an entire political system: Nelson Mandela. Sir Trevor was the first person to interview Nelson Mandela after 27 years of political exile in prison. Now he retraces his footsteps to Soweto, Johannesburg. He visits Nelson Mandela’s house to celebrate his extraordinary legacy with those who knew him best: George Bezos, a member of Mandela’s legal trial team and Mandela’s personal assistant, Jessie Duarte.

The 20th Century was shaped by crisis: from world wars to the Great Depression and apartheid. Sir Trevor presents four very different leaders, who often had to make unpopular decisions, who he believes all deserve your vote to be crowned the greatest Icon of the 20th Century. 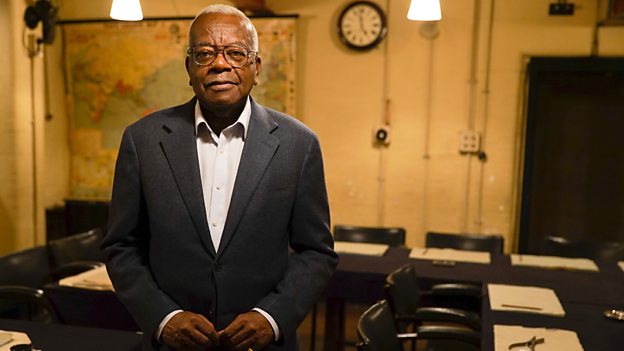 I am delighted to be part of Icons. To me, an icon is somebody who is outstanding in their field and somebody whose brilliance is acknowledged by others as being very influential. I think that we perhaps use the word too often because true icons are rather special.

While making a programme you always learn more than you expect to. Of course, I can’t even approach being in the league of Mandela, Thatcher, Churchill and Roosevelt but just to examine what others did is very inspirational.

Why are you so passionate about Leaders as a category of Icons?

Leaders urge us to lift our eyes beyond the banality of some current politics and to look at people who really, by their generosity of spirit, desired to give service to their nation. It is inspiring to think of what they did.

The ultimate icon should be a political leader due to the commitment of their desire to be of service to their community, to their society or to their nation. That desire to serve, despite adversity, requires an enormous generosity of spirit. I think that’s the key that truly makes an icon.