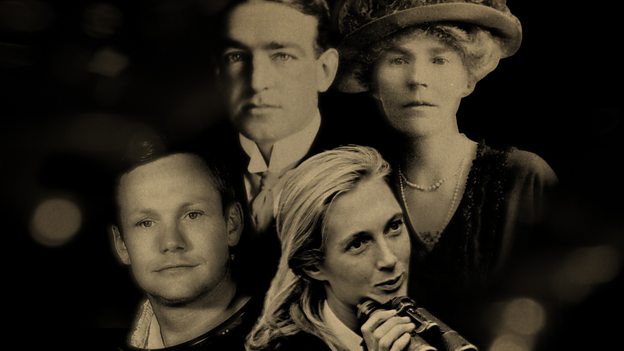 For me, the most exciting figures have to be explorers because I believe that over the last century it’s exploration that’s had the most profound effect on the world around us and our place in it.Dermot O’Leary

In the second episode of Icons, Dermot O’Leary retraces the steps of four iconic explorers: Ernest Shackleton Gertrude Bell, Neil Armstrong and Jane Goodall. His journey takes him from the icy waters of Antarctica to frontiers of the British Empire, from lush Tanzanian forests to outer space. Dermot argues that an explorer should be crowned the public’s icon of the 20th Century. But who deserves your vote?

Ernest Shackleton faced one of exploration’s greatest ever disasters when his ship was trapped in ice in Antarctica. He displayed epic endurance, survival and determination to bring his entire crew home alive. Dermot speaks to Professor Julian Dowdeswell and Trevor Potts, who recreated parts of Shackleton’s journey, to explore the true heroism of Shackleton’s humanity in an era obsessed with conquest.

The next icon Dermot presents for consideration is Gertrude Bell - a woman who didn’t play by the rules. She was the first woman to get a first class degree in modern history from Oxford University and the first woman to be employed by British military intelligence. As an avid explorer, and expert on Mesopotamia, her work changed the Middle East forever by helping to form the modern state of Iraq. She dedicated herself to founding a National Museum of Iraq in order to preserve the country’s extraordinary history and build a sense of cultural identity for the fledgling nation. Dermot meets historian Professor Tamara Chalabi and Professor Charles Tripp who explain the powerful cultural identity Gertrude gave to Iraq.

Next on the shortlist for Explorers is Neil Armstrong, who made history as the first human to set foot on the moon. As a daring fighter pilot in the Korean War, he proved his exceptional ability to stay calm in life-threatening situations. Under Armstrong’s command, America won the space race. Dermot speaks to former NASA engineers John Tribe and Bob Sieck who worked with Armstrong. During a time of deep political division, Armstrong’s bravery inspired the world and united a nation.

The final icon Dermot presents is Jane Goodall, one of the first people to warn us of the dangers of destroying the natural world. She was only 26 years old when she travelled to Tanzania alone to study chimpanzees in the wild. She worked in complete isolation for two years, risking disease and attack from wild animals. Dermot speaks to Jane herself about our relationship with the natural world, and meets Dr Deus Mjungu, Director of Chimpanzee Research, who explains that Goodall’s work fundamentally changed our understanding of what it means to be human - and taught us not to take the planet for granted. 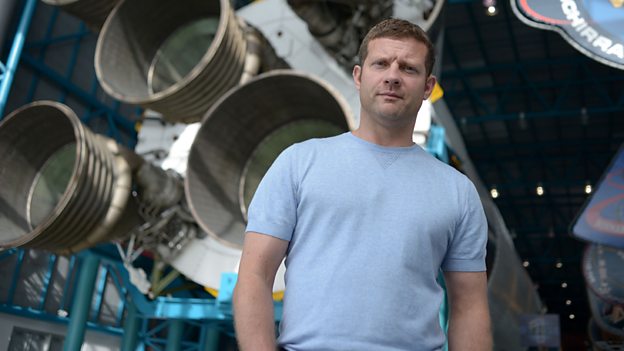 Explorers have taken us from an era of conquest to a greater understanding of our planet. They have shown us that we must all take responsibility for our world, if we are to have any future. For me, that’s the point of exploration and that’s why these four explorers are my icons of the 20th Century.

How has working on  Icons inspired you personally?

Exploration is a subject that’s fascinated me since I was a kid, and it has become a lifelong passion for me. Each had the courage and determination to push the benchmark of human achievement to staggering heights.

Why are you so passionate about Explorers as a category of Icons?

Explorers have taken us on a journey from conquest to understanding. The work of explorers has changed how we see our world and ourselves. Where explorers lead we all follow which, for me, is why they are the true icons of the 20thCentury.

For me, the most exciting figures have to be explorers because I believe that over the last century it’s exploration that’s had the most profound effect on the world around us and our place in it.