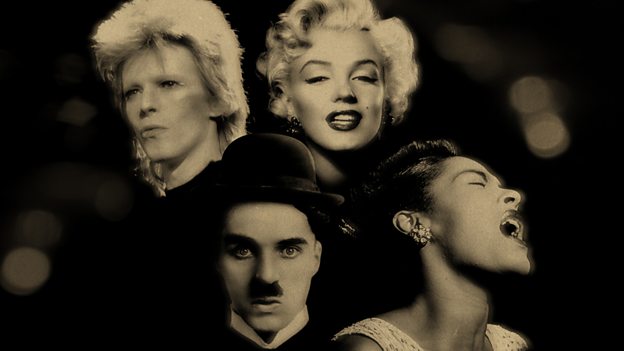 Icons do more than just reflect their time - they help create it.Kathleen Turner

In the fourth episode of Icons, Kathleen Turner celebrates four great entertainers: Charlie Chaplin, Billie Holiday, Marilyn Monroe and David Bowie. Kathleen travels from Harlem to Hollywood to London to learn how new technology in music and film brought new stars to the fore. Kathleen is passionate that an entertainer should be crowned the public’s icon of the 20th Century. But who deserves your vote?

Charlie Chaplin reigned supreme in the era of silent cinema. Born into poverty, he defied expectations to direct or star in over 70 films. He became one of the most famous stars in Hollywood. Kathleen speaks with actor Simon Callow and film expert Dr Michael Hammond to find out how he risked his reputation to speak his mind. He produced his own films that addressed political issues of the time. The rebel’s controversial films meant that he was banned from America and spent 20 years in exile. At the age of 83, he finally got the recognition he deserved with an honorary Academy Award.

In 1930s America, a radical new sound emerged from the multi-cultural melting pot of New Orleans: jazz. While Billie Holliday’s voice is stunning, the songs and stories that she chose to share are what make her iconic. In a deeply divided country, Billie came face-to-face with racism wherever she went. Exploring her life and work, Kathleen meets jazz singer Dee Dee Bridgewater and speaks to Martin Torgoff to learn how she used her music to take a stand - some argue that Strange Fruit is the most iconic protest song in American history and a watershed moment in the early Civil Rights movement.

Norma Jean Morensen grew up in foster homes and dreamed of being a star. She was scouted as a model and actress and became Marilyn Monroe. Despite an early scandal with a nude calendar shoot, her frankness and apparent vulnerability won the American public round. Kathleen speaks to Sarah Churchwell, cultural historian, and photographer Douglas Kirkland to hear how, despite appearances, Monroe was fully in control of her image and her persona. She was one of the first women to set up her own Hollywood production company, a woman ahead of her time.

David Bowie’s revolutionary music took the world by storm. He was the master of reinvention: with each new album he changed his music and his look. By the mid-1970s he’d broken America and become a global star. Kathleen speaks to writer Hani Kuroshio and musician Dave Stewart about the lasting legacy of Bowie’s music, acting and gender-bending self-confidence. He constantly pushed the boundaries of music and art, fashion and society. Bowie produced an incredible 27 albums of original music but his legacy also lies in his determination to keep on challenging and changing the world we live in. 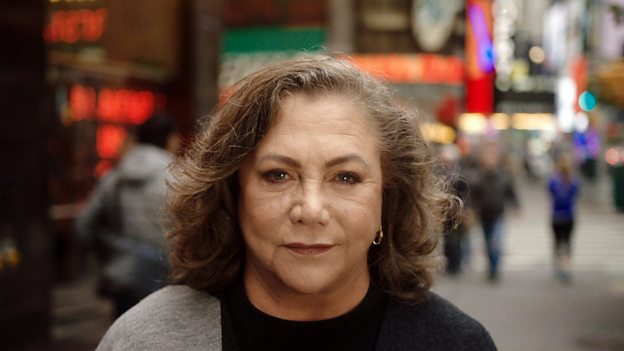 Icons do more than just reflect their time - they help create it. In a century shaped by technological change the Icons in my category Entertainers all mastered their mediums and used them to try and change the world.

From Charlie Chaplin who pioneered early cinema with a character that defied the status quo, to Billie Holiday whose singular voice spoke to the deepest wounds in America, to Marilyn Monroe’s reign in the Golden Age of Hollywood that challenged what was expected of a woman and to David Bowie, master of reinvention, who repeatedly unsettled the norm. These are four different people, from four different times, but all of them able to speak directly, intimately to us, and our sense of common humanity.

Why are you so passionate about your category?

Over the course of this series, several much respected broadcasters will try to convince you that the greatest icons of the 20th Century must be a politician, a scientist, some great intellectual - but I’m here to tell you they’re wrong. To me it is absurd that the greatest icons of the twentieth century could be anyone but an entertainer. As an actress, singer and director for 40 years, I want to share why some stars stand out from the crowd - and why it’s not the size of their celebrity, but what they did with it that makes them an icon.

They may not be leaders - but they still led the way. They may not be explorers or scientists - but they were still pioneers. They are icons in the truest sense - because they already belong to us. These are the people that we hold in our hearts, the people we queue up to watch their movies or spend our hard-earned cash on their music - it is us, the audience, that turns them into stars. In return they make us laugh or cry, inspire us and offer us ways to reimagine our world.