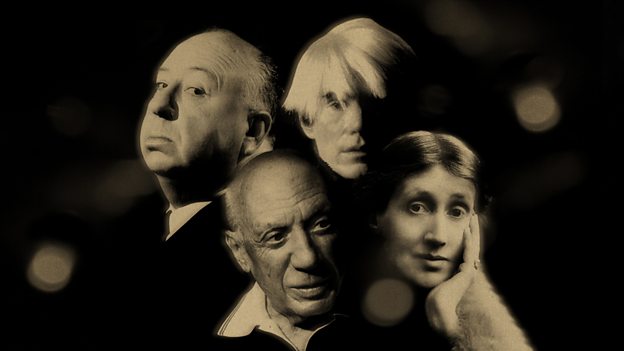 Icons help us to understand the cultural moment in time that they connect with, and so represent something larger than themselves.Lily Cole

In the penultimate episode of Icons, Lily Cole celebrates the achievements of four great artists and writers: Virginia Woolf, Pablo Picasso, Alfred Hitchcock and Andy Warhol. In a century of incredible change, Lily believes that an artist or writer should be crowned the public’s icon of the 20th Century. But who deserves your vote?

Picasso was a pioneer of modern art. In the biggest art revolution since the Renaissance, Picasso paved the way for surreal, abstract Cubist art. Rather than representing reality, Picasso believed that art should explain the complexity of human experience. He produced tens of thousands of paintings, drawings and sculptures. Throughout his career was restlessly changing styles and pushing the boundaries of what art should be. Lily meets Picasso’s grand-daughter, Diana Widmaier Picasso, and artist George Butler to hear why Picasso’s work feels as relevant today as when he first made it.

Virginia Woolf turned the literary world upside down. She was an incredibly experimental, poetic and political writer. Ahead of her time, she was a trailblazing feminist who created best-selling writing and published greats such as TS Eliot, Sigmund Freud and Katherine Mansfield. In her personal life, she pushed the boundaries too - embracing an alternative bohemian lifestyle. She was also a lifelong sufferer of depression. Laura Wilson from the British Museum and Dame Mary Beard talk to Lily about how Woolf’s focus on internal thoughts and consciousness in her writing changed the whole structure of literature, making it a true reflection of the human experience.

Alfred Hitchcock revolutionised the 20th Century’s newest popular art form, cinema. At the beginning of Hitchcock’s career, cinema was viewed as disposable entertainment. Hitchcock never received an Oscar for best director but by the end of his career he was taken seriously as a technical master, a manipulator of human emotion and a true artist. His work explored the human psyche and unpicked what the complexity and darkness of being human and individually and collectively. Lily meets Hollywood director Joss Whedon, Robin Baker, Head Curator at BFI, and Anna Coco of the Academy of Motion Pictures, Arts & Sciences. They explain how Hitchcock’s impact on film is still visible today.

The final icon Lily presents in this category is Andy Warhol, born to a poor immigrant family, and obsessed with fame, consumerism and death. He wanted to prove that anything could be art. Warhol became best known for his colourful pop art silk-screen work inspired by advertisements. Lily speaks with playwright Bonnie Greer, Donna De Salov, Chief Curator at Whitney Museum and New York tour guide, Thomas Kiedrowski to learn more about how Warhol democratised art. In many ways his examination of fame and celebrity foreshadowed the era of social media and his art continues to fetch millions of dollars at auction today.

The live Grand Final airs next week on Tuesday 5 February, with the winners of each category going head to head to see who will be crowned the greatest Icon of the 20th century. 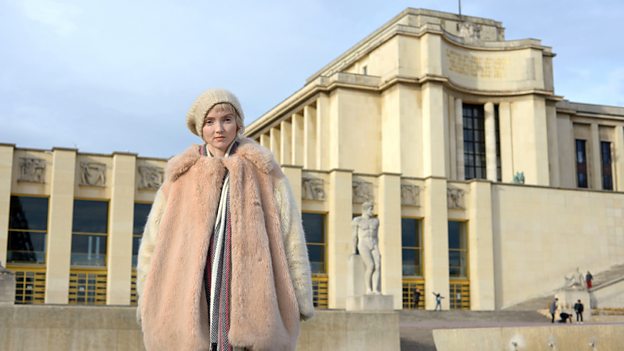 ‘Icon’ is an interesting concept; which mixes talent, fame and symbolism together. Icons help us to understand the cultural moment in time that they connect with, and so represent something larger than themselves.

I have really enjoyed learning more about the four icons in my show: some of their work I knew very well already, and others were less familiar when I began (except by name).

Virginia Woolf for example was a real revelation for me: I had read relatively little of her work, and have fallen in love with her politics, writing and character. I’ve also enjoyed having the excuse of needing to watch lots of Hitchcock films! It has been interesting to really consider the effect African art has had on Picasso (and therefore much of western modern art) and to re-see Warhol’s work as a critique of Western culture in many ways.

Why are you so passionate about your category?

I am passionate about art, especially in the 20th Century, because I believe good artists (whether painters, sculptors, film makers or writers) push the boundaries of our culture - reflecting the zeitgeist, and also portraying new directions for society. Art gives us the emotional and cultural pulse of our history, and allows us to engage with the past, and ourselves, in profound and insightful ways.

Because without art, life would be so dull.