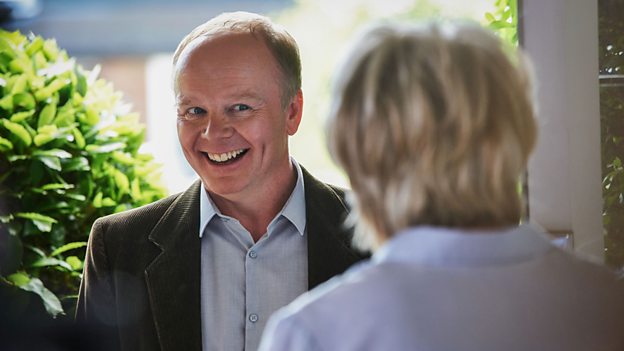 It is such a good premise. The idea that you have worked hard all your life and you and your childhood sweetheart are just about to get together and retire to the Riviera when your ruddy son turns upJason Watkins

What appealed to you about working on Hold the Sunset?

What inevitably draws you towards this is the presence of these great actors. But this is also a great script. It is such a good premise. The idea that you have worked hard all your life and you and your childhood sweetheart are just about to get together and retire to the Riviera when your ruddy son turns up and says, “Look after me” is absolutely brilliant.

Was the idea of working with John also an attraction?

God, yeah! I’m a huge fan. Working with him has lived up to all my expectations. It’s been a real joy. He’s very versatile. You won’t see Basil Fawlty or Life of Brian in John’s performance as Phil. You will see a brilliant actor who is subtle and real and has a great ability to make you laugh. John also has a streak of anarchy in him that he’ll never lose. I’m very fond of him.

Talk us through your character.

Roger is so selfish. He thinks everybody owes him a living because he is special. He wants people to understand why he is always right. He’s like a child. A lot of people are like that. They get to the point where they think that they have been cheated out of their life and that it’s not fair. Roger is having a midlife crisis. He leaves his wife, turns up at his mother’s house and immediately expects to be looked after. His mother asks him, “What about the kids?” and he replies, “I’m especially leaving them!”

He thinks: “I want to be free, man.” But of course, Roger is still trapped in a world of blandness. The world is telling him: “That’s your lot, mate. You’re not as clever as you thought you were.” When you approach this character, you can immediately see the comic angle.

He always feels that his faults aren’t his fault - they’re someone else’s. He shows a lack of discipline and tenderness towards his wife, but he thinks that’s not his fault. It’s easy to blame other people for your own ineptitude. But you have to say: “I’m fallible.” You don’t blame it on your partner.

For all the slapstick, physical comedy in Hold the Sunset, the performances remain very real, don’t they?

Yes. You’re trying to show a real person in the middle of all this anarchy. If you make it as real as possible, you can hold the mirror up to Nature more convincingly. The detail in the writing is very specific, which is always a good thing. You rehearse a scene, and during the rehearsal it starts to offer up more than you thought when you read it. It’s a challenge to do a 10-page scene, and you have to be on your mettle. But it’s been an absolute delight to work on such a great project.