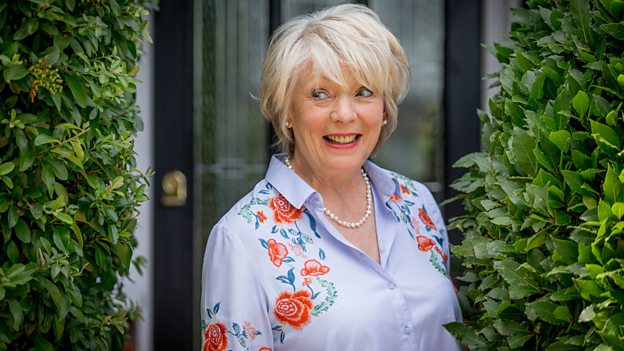 Working with an old friend is great because it gives you such freedom. It helps that we were able to leap straight into it because we had played a married couple before.Alison Steadman

What drew you to Hold the Sunset?

I love doing shows like this about the quirky aspects of family life. When I heard that John was doing it, I thought, “That will be great fun!” And I haven’t been disappointed. You couldn’t get a better cast: Jason, Anne, Rosie and Joanna are all brilliant.

I also love Charles’s writing. I acted opposite him in the film, the Adventures of Baron Munchausen, which he also co-wrote. It’s been great to see him again. He’s such a lovely guy. He’s quiet, modest and gentle, but also very talented.

What are your memories of your first collaboration with John on the movie Clockwise?

That film was 32 years ago now, but we haven’t changed at all! In that movie, I spent a lot of time driving three elderly ladies around in a car. I’m now probably the same age as they were then!

How does it feel to be back working with John?

It’s been lovely. Working with an old friend is great because it gives you such freedom. It helps that we were able to leap straight into it because we had played a married couple before. John is really good fun and off the wall.

You need to be disciplined on set. John is disciplined, but he’s not afraid to take it one step further if it helps the comedy. I hope people will enjoy the chemistry between John and me. We have a very easy relationship. Also, John fits the part very well; he told me that the more he plays Phil, the more he thinks it’s him!

Could you please outline your character?

Edith is a bright woman. She is a typical middle-class mother. She is very concerned and very giving towards her children - much more than I would ever be! She really does forgive them. Like all mothers, when other people criticise her children, she is always ready to leap their defence and say: “That’s not their fault. That’s because of this or that.”

How would you characterise Edith’s relationship with her children?

She has a highflying businesswoman daughter called Sandra who is too busy for a man. She also has Roger, a son who is completely off the wall. He has arrested development. He’s the kind of guy who is very hard to tolerate, but she always does. Roger and his wife Wendy are very well matched. They’re both off the wall! Much as you love your kids, you don’t want them coming back home as adults, reverting to childhood and playing with toy crocodiles!

Edith puts up with a heck of a lot. She wants to build a life with Phil, but Roger keeps getting in the way. If she could just sort out Roger, it would all be fine. But it’s never that simple, and in a sitcom, it would be boring if it were! Roger is constantly thwarting her and he’s getting worse all the time. He irritates the hell out of Phil. Sandra is always saying to Edith: “He’s getting you to do his washing now? For God’s sake, tell him where to go!” But that’s just what we do as mums!

Would you like to make another series of Hold the Sunset?

Absolutely. Nothing is resolved in this family by the end of the first series. Roger and Sandra are still being a pain in the neck. So this one could run and run!