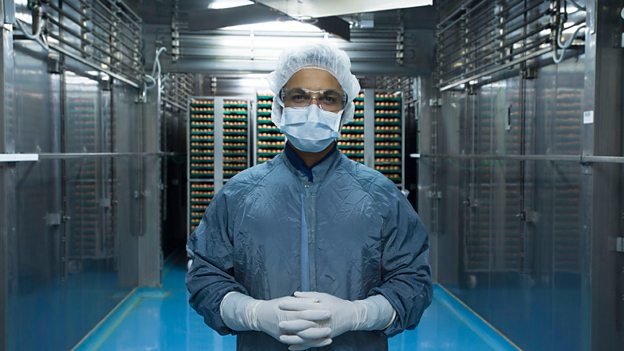 Spanish Flu: In Their Own Words

As the Armistice bells rang out across the world to celebrate the end of World War One, a silent killer made its way home with the soldiers… Spanish Flu.

The devastating global pandemic infected up to a third of the world’s population and killed nearly 100 million people, more than both world wars combined.

Using compelling eyewitness testimony from doctors, scientists, soldiers and politicians and dramatic reconstruction, this one off special will bring to life the terrifying onslaught of the disease, the horrors of those who lived through it, and the hope of the pioneering scientists who desperately sought the cure.

Working with Wellcome Trust, the film will uncover new archive material and powerful personal stories, and in telling the dramatic story of the Spanish Flu in 1918, provide insight into how we might prevent and respond to future outbreaks.

Spanish Flu: In Their Own Words (1x60') was commissioned by Patrick Holland, Controller BBC Two and Tom McDonald and is being produced by BBC Studios Pacific Quay Productions where the Executive Producer is Richard Bright. The Commissioning Editor is Diene Petterle.

Contagion! The BBC Four Pandemic is a 90 minute event for BBC Four which will chart the creation and spread of the first ever life-saving pandemic. 100 years after Spanish Flu killed up to 100 million people worldwide, a pandemic influenza is the current top risk on the government's civilian risk register. Mathematician Dr Hannah Fry and frontline Ebola medic Dr Javid Abdelmoneim will mastermind a nationwide citizen science event in an attempt to build a contagion map of the UK. They will deploy the specially created BBC Pandemic App, inviting the great British public to take part in an experiment that could inform public health policy and help to save lives during the next pandemic flu outbreak.

Contagious Cities sees five essays from writers across the globe follow the path of five epidemics in different cities and trace the role infection has played in shaping each place, including New York, Hong Kong and Nairobi. The programme is produced in partnership with global charitable foundation Wellcome Trust as part of a major international arts collaboration exploring the relationship between cities and infectious disease.

Radio 4 marks the outbreak of the global influenza epidemic in 1918 by bringing to life compelling stories of individuals - soldiers, civilians and medical staff - who battled or who were overwhelmed by the virus.

Later in the year English Regions is covering Spanish Flu from a local perspective on air and online. English Regions is working in partnership with Wellcome Trust, Arts and Humanities Research Council and Imperial War Museums to reveal the devastating impact the disease had on families already affected by four years of war and war work. Local Radio uses the Medical Officer of Health reports from 1918 recently digitised by Wellcome Collection, harrowing personal testimonies from the Imperial War Museums’ archives and many other local archives and academic insights to create their local stories.