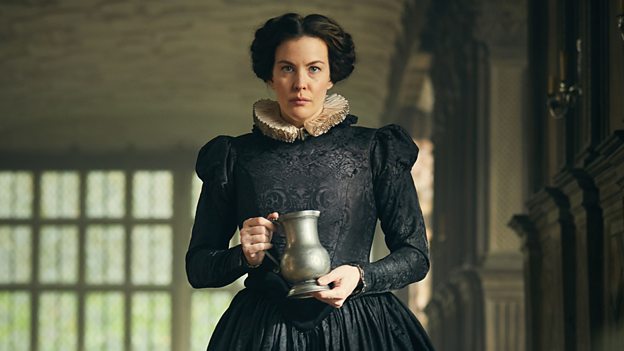 It all happened very fast. I got on the train to Leeds and there I was, in a ruff and full 17th century costume as Lady Anne.Liv Tyler

What made you want to take part in this project?

I moved to London last year and had a baby girl, so I was really excited to be here. I thought it would be fun to work in the UK and then my agent called saying she had “this incredible script in three-parts”, telling me about the writer, Ronan Bennett, the director, J Blakeson, and the rest of the team. I read the script and had a video call with J and then they were like “Oh by the way - it starts filming in two weeks. Can you do an English accent?” Thank God, I’ve done an English accent a few times before in films like The Lord Of The Rings, Onegin and Plunkett & Macleane. So I got together with my dialect coaches that I worked on with those projects and discovered there was an English voice still in there! So I said yes, I would love to be a part of it and it all happened very fast. I got on the train to Leeds and there I was, in a ruff and full 17th century costume as Lady Anne.

Did you find it easy to pick up the accent again?

It was really interesting, because it’s been over ten years since I have done the accent at all. But The Lord Of The Rings in particular was such a long shoot, I think we shot over the course of three and a half years, so it was always something we had to slip in and out of. I worked with the same dialect coach, so it was interesting to hear [my Lord Of The Rings character] Arwen’s voice again - as it has kind of become my English voice. It was really fun too, I think all the important bits of the accent were already in there so it was like learning to ride a bike, there are certain sounds you need and then it is just practice every day. Usually we’ll go through a scene and there’ll be a couple of things I need to work on, but it’s fun.

Gunpowder’s a hugely ambitious piece really, because there’s so much to tell over three hours of television, with such a large number of characters and sets. The talent is incredible from all departments. From costume, hair and make-up, to production design, everyone is pulling out all the stops and doing everything they can - it’s a really nice feeling. I have a friend in London who worked at Shakespeare’s Globe and specialises in these kinds of costumes, so he has been making specialised pieces like ruffs and partlettes and sending them up to us, which is really sweet.

How long does it take to get into full costume, hair and make-up normally?

It can be up to an hour and a half. Just getting dressed takes a while as there are so many layers of corset and stockings, and a funny thing called a bustle, which is like a pillow that creates a big behind. And lots and lots of layers. This is my favourite part - the sleeves of the costumes are detachable so you can wear multiple different sleeves with the bodice. That’s what they actually would have done, they would have had different under parts and then just a couple of dresses, which I found interesting.

Coming from the US, how much had you heard about the Gunpowder Plot?

I mean, I’ve heard about Bonfire Night and lived through it in London for the first time last year. People were setting off giant rockets in the middle of my street - it was actually quite scary! But you always hear about Guy Fawkes and I don’t think people fully understand the story. So it’s been really fun for me to learn about this period in history with all these different characters and what was going on politically in terms of religion at the time.

Gunpowder really makes you look at both sides of the story, too. For example, we have an incredibly tense scene in episode one where we have to hide the priests from Sir William Wade (Shaun Dooley) and he seems so evil. I was talking to J Blakeson the director about this and he reminded me that Wade thinks what he’s doing is right - he thinks the other guys are evil and he’s saving his King, and I thought “oh yeah - duh!” It’s really interesting because every day I come to work and I really try to think about both sides.

What is it that makes Gunpowder special?

For me, there’s a really nice energy to it. There’s such passion from everyone who is part of it - it’s exciting. There are some well-known actors and some exciting new actors mixed with wonderful writing. The talent is so special; it will be really interesting to see it all come together.