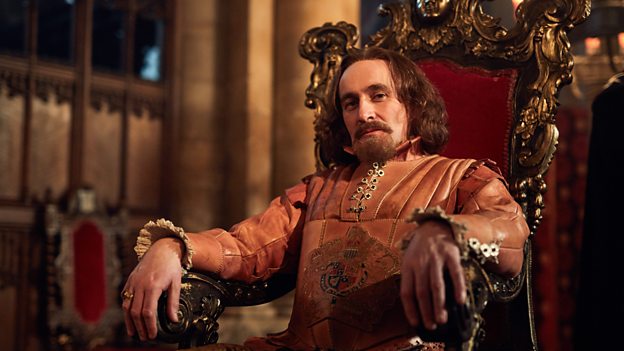 There were people behind the scenes who had an interest in the plot being foiled for political reasons, as well as the simple saving of lives.Derek Riddell

Did you know much about King James before?

As a result of history lessons at school I knew he was the James responsible for the "King James' Bible", and that he forged the union between Scotland and England. However, my school days were quite a long time ago so anything else that I might have known had disappeared…! It was interesting therefore to go back and try to find out more before we started filming about his personality and life.

I read a couple of books on James. Antonia Fraser's springs to mind, but also books dealing with the Gunpowder Plot itself. I also scoured the internet for photos and any other information I could find about him.

What did you discover? Did anything surprise you?

What quickly became apparent was that it's difficult to get to the truth of what King James I was like.

Many of the reports we have of him were written by people who had vested interests in painting him as either good or bad.

For example, some would say James was ill-mannered and lazy, with a fat tongue, which made him slobber when he drank, and only interested in having fun and hunting. Other reports, however, have him as a very intelligent but physically frail man, who spoke both French and Latin, saw himself anointed by God and so took his position very seriously, and was a great pragmatist when dealing with matters at home and abroad. I was also surprised to learn about his penchant for young men.

Why should people watch Gunpowder?

It's got a fantastic cast, great script and it looks amazing - but you also might learn some history you didn't already know.

Did you find out anything about the Gunpowder Plot that surprised you?

That we will probably never get to the full truth of it. The convenient arrival of the ‘Monteagle letter’ - which Gunpowder covers - suggests that there were people behind the scenes who had an interest in the plot being foiled for political reasons, as well as the simple saving of lives.

The arrival of fake King James I poo in a Tupperware box - so that an unlucky Supporting Artist, who for a particular scene in episode one had been given the role of "master of the royal stool" - could take it away after I'd finished my business.