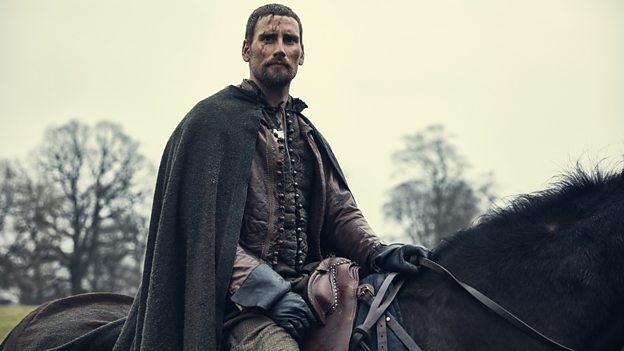 I was surprised at how brutal it was and how much oppression the Catholics were under - I didn’t realise quite the extent of it.Edward Holcroft

Tell us about your character.

Thomas Wintour is the cousin and best friend of Robert Catesby - a former soldier, now turned lawyer. He’s also like an extra uncle for the family - he has a close relationship with Robert’s son that perhaps Robert himself doesn’t have... and they are obviously a little uncomfortable with it. Certainly at the beginning, Thomas is like the glue of the family.

If you could say one thing to your character, Thomas Wintour, what would it be?

Thomas Wintour was a convert. I found out that he converted when I was reading up on him, but I could never find out a particular reason why - so I’d ask him that. For filming I made my own reasons up as to why he converted. It’s quite a big thing to convert to Catholicism and then become one of the plotters.

Did you discover anything about the Gunpowder Plot that particularly surprised you?

Not about the Plot, but I found out so much more about the world of the time. I was surprised at how brutal it was and how much oppression the Catholics were under - I didn’t realise quite the extent of it.

The most memorable part of this whole thing was the fact that we managed to make a really wonderful series that people will be chuffed about - something that looks like cinema, on a television budget. It’s a great triumph and it shows that when one puts their mind to it, one can create wonders.