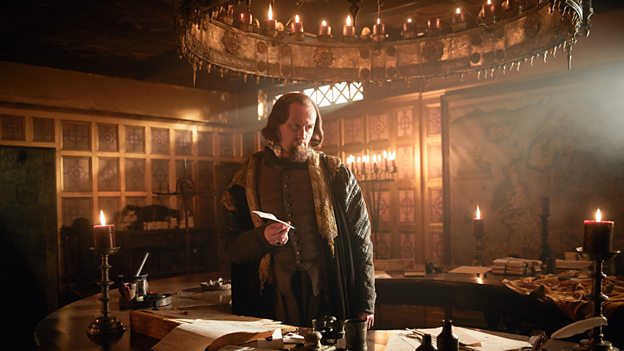 If you think you know the story of Guy Fawkes and the Gunpowder Plot, think again…Mark Gatiss

How did you become involved with this project?

I’d heard whispers of the project on the grapevine, and was really keen to be involved so I went in for an audition and met the director J Blakeson, who then asked me to do it. It’s a really, really good script. I was immediately struck by the way there’s a kind of contemporary parallel too. For example, there’s a scene where I have to persuade the King that the threat from the Catholics is real and that new laws need to be applied to combat it. It jumped out at me straight away that you could imagine Robert Cecil in another administration in a similar situation, trying to convince the leader that they need to suppress an insurgency.

How was working on a story that you must have been familiar with, growing up with the name Guy Fawkes?

Bonfire Night is a big thing, but it feels like all the fireworks and the bonfire itself makes it seem like the actual story is fading in people’s minds. I have talked to a lot of people who have a very muddled idea about what actually went on, so I think it’s a good time to try to tell a version of what happened.

I read The Gunpowder Plot: Terror And Faith In 1605 by Antonia Fraser years ago, and I was struck how a lot of the facts you take for granted are actually quite different - as history is often written by the winners. It never occurred to me as a kid that we were burning a Catholic in effigy, you just don’t really think about those things - it’s just a bit of fun involving sparklers and Roman candles. There’s all kinds of theories about the extent to which Robert Cecil, my character, knew about the plot and allowed it to cook in order to get the maximum dramatic impact when surprising them almost in the act of lighting the gunpowder - to give the King as big a shock as possible.

There’s even a theory that Cecil might have even come up with the plot himself. Who knows…! But what I think is interesting is that Guy Fawkes is the name, but it’s very much Catesby’s story. Rather thrillingly, Kit Harington is descended from Catesby, so it’s his baby and it’s all come together quite interestingly.

Can you introduce us to your character, Cecil?

I play Robert Cecil, who is essentially the King’s chief minister and spymaster. He did the same job for Elizabeth before her death, and his father did the same before him so his loyalty is very much to the crown and state. He’s definitely a ruthless man in ruthless times, but it’s a much more shaded argument than people might think. It’s not just bad Catholics who want to blow up the King, there are terrible things being done against the Catholics in the name of justice and reason. It’s an extremely interesting and murky time politically, and Cecil’s loyalty is absolutely to the crown and he will do anything to make things run smoothly. He’s the archetypal, shadowy, creepy man behind the throne - there because he was born into power.

In person, Cecil is described as being a very small man with a hunchback. I think Queen Elizabeth called him a monkey, and James called him his beetle - all rather unkind references. We can’t be sure what his spinal deformity was, but in order to nod to this I am playing him with his neck locked to one side - which I’m now regretting because it hurts a lot!

What was it like to be involved in the project?

I said this when I was doing Wolf Hall, but Gunpowder is the sort of thing that I grew up watching on the BBC and I was desperate to be a part of it. It was really great to be up in Yorkshire too, as I’m from Durham - which is not far from here. We filmed at all of the abbeys in the area, including some which I had never been to before - it was like an Alan Bennett gazetteer. I saw a tourist watching us filming at the beautiful Fountains Abbey one day, and thought that this is exactly what you want to happen when you visit Fountains Abbey - you hope that someone will be doing a historical recreation of something.

Well I think it’s a great script, it’s very tight and it’s a thriller really. If you think you know what happened, it’ll teach you that there are all kinds of different aspects to the plot and the reasons why Catesby and the other conspirators wanted to blow up Parliament. There is a real sense of what the consequences would have been if the plotters had succeeded, but there is balance - you also see how the Catholics were suffering at the time. You see a country wrestling with the idea of a new and very much untried monarch who has a very particular way of ruling, mixed with the ever-present threat of invasion from Spain. It’s a murky and interesting time politically and geo-politically. I suppose really, if you think you know the story of Guy Fawkes and the Gunpowder Plot, think again…

My favourite scene is a big scene with Peter Mullan, who plays Father Garnet, the chief Jesuit. In the scene, Cecil has got everything he wants and Father Garnet is tortured. I have always been a big fan of Peter’s, so it was a privilege to do it. It was wonderful to see him work and to be opposite it. I’m also looking forward to the fireworks at the end… surely that is how it must finish?!