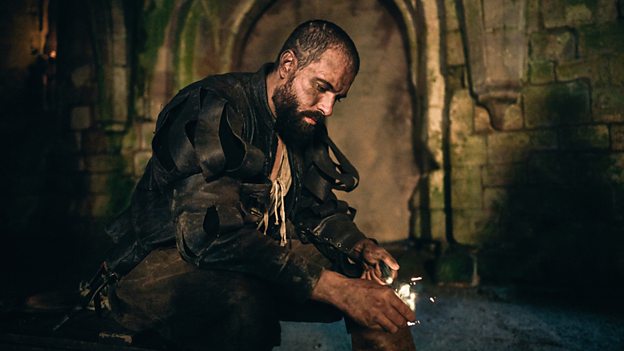 It is a story of intolerance and reaction, two themes that we are still tragically all too familiar with.Tom Cullen

Tell us about your character. How does he differ from the Guy Fawkes of legend?

I think the word legend always infers a pollution of the truth. Gunpowder has explored the idea that he was a hardened specialist brought into the plotters’ group rather than the spearhead of it. He's an experienced soldier fully versed in the fight for Catholic freedom. A dangerous, hardened man that forces the group to think more extremely than they may have initially.

When doing a historical piece I believe you have to bathe yourself in as much literature as possible. You owe it to the man you are portraying. I read as much as I could to understand the struggle Fawkes had witnessed; to put myself in his shoes and to try to imagine the life that he had lived, the atrocities he had seen and understand the pain that he harboured.

Why should everyone watch Gunpowder?

Gunpowder is a fascinating interpretation of a time period so woven into the fabric of our modern society, but a story that we actually know so little about. Allow yourself to be transported to a time that altered our future. It is a story of intolerance and reaction, two themes that we are still tragically all too familiar with.

If you could say one thing to Guy, what would it be?

In one of the proudest moments of my childhood, I won Guy Fawkes of the year in my primary school. My Fawkes was at the top of pile when we set that bonfire alight. I'm sorry I set you on fire.

Did you discover anything about The Gunpowder Plot that particularly surprised you?

I had very little knowledge of the truly horrendous treatment of the Catholic Priests in England.

I enjoy a good fight scene. My most memorable moment was the two days that all the plotters were together filming a huge sword fight in a tavern. Very fun.