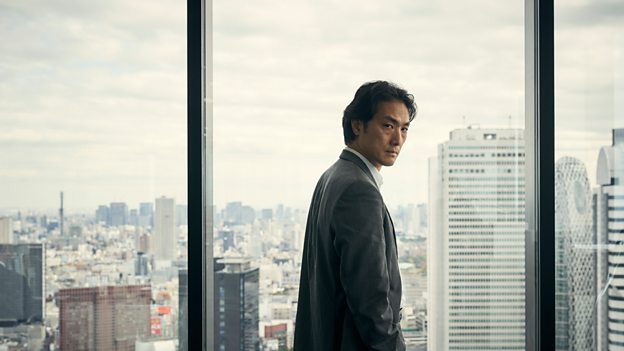 Kenzo is a determined man, who is willing to solve all his problems and fulfil his responsibilities, but I guess he’s really a lonely man. He has all these problems at work, and also filial obligations, but he doesn’t have anyone to talk to.Takehiro Hira

How would you describe the character of Kenzo?
Kenzo is a determined man, who is willing to solve all his problems and fulfil his responsibilities, but I guess he’s really a lonely man. He has all these problems at work, and also filial obligations, but he doesn’t have anyone to talk to. He’s all bottled up, like a typical Japanese man! [Laughs]

Why did you want to play him?
I saw a lot of things I have in common with him. We’re both in our 40s, asking, where am I gonna go with my life? I also have filial obligations in my family, although I can talk to my wife about it. But I have to face that every day, and because of that I guess I feel lonely, in a way. However, I don’t have a brother who is a screw-up like Yuto! Also, I’ve lived in two different worlds. For me it’s Japan and the US. For Kenzo it’s Japan and England. So I did relate to him a lot when I first read the script.

How truthful and accurate did you find Joe Barton’s portrayal of your homeland?
I was so impressed by his understanding of the culture. For example, there’s a scene in episode one where I am visited by the Yakuza boss and then the police chief shows up at the end of the conversation and he orders me to go to London. He says, "sorry to bring the bad news, but…" And I say something like, "no one likes giving bad news". And Julian (Farino, the director) had a hard time understanding why Kenzo would say that. But for me, it’s perfectly Japanese. I wouldn’t think twice about it, you know? And somehow Joe Barton knew it and put it in the script. It’s amazing.

So Joe’s writing translated well to Japanese?
We did have some hard times with the translation, to be honest. We worked a lot beforehand in preparation, but on the set on the day, when we rehearsed, some things sometimes didn’t feel right in the translation. Little nuances on the text didn’t match, or didn’t translate well. So we went back and forth with Joe and the director. It was a challenge, but one we enjoyed.

This was your first ever British production. How was working in England?
Oh amazing. I loved every minute of it. I was so impressed from day one with the actors, and Julian, and all the crew members. They are really professional, and I’m not saying that to just brown-nose them [laughs]. I made good friends with them. And London was fantastic. Except for the traffic [laughs]. We had lots of locations in London, so it was amazing shooting in Soho with 300 extras in the middle of the night.

How does London compare with Tokyo?
Oh London is definitely rougher! [Laughs]. Tokyo is really gentrified. So they are different in that way. But Tokyo is also different in the sense that we are a very unfriendly city for filming. For me as a Japanese actor, the things we did in Tokyo were like nothing I’d ever heard of. One time we had this rain machine on the middle of an overpass, right in the centre of Tokyo, and we could never ever get permission to do such things. Yet somehow we did it.

The relationship between Kenzo and Yuto forms the heart of Giri/Haji. How was it creating that with Yôsuke?
Yôsuke? He’s a character. I love him so much. He’s really honest. It was just really easy for me to work with him. I still see him, back in Japan. We went out drinking just the other day. He’s a fun guy.

What was it like working with Kelly Macdonald, who plays Sarah, with whom Kenzo develops a close relationship?
She’s a wonderful actress, and she was such a nice person. She was just open to me. Of course I’ve seen her work, and I was a bit nervous, because this is only the second time I’ve acted in English, and the first time in London, a new environment, a new way of things for me. And all the actors were great. Just watching them on the monitor, sometimes I felt a bit insecure [laughs].

Was it a tough shoot for you?
It wasn’t so tough physically. In Japan, you work 36 hours a day sometimes. But it was demanding in the sense I was breaking out of my comfort zone. But Julian helped me a lot. He does pretty much all the scenes in one take. He doesn’t break it up into bits, he runs the whole thing from top to bottom, and that helped me. Every day was like training for me. But in a good way.