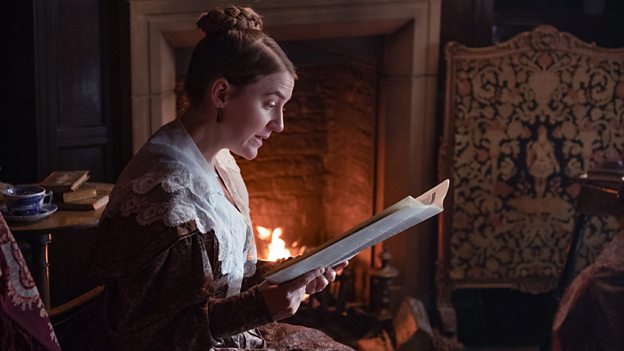 I think people will be surprised and interested to learn that it happened in the Romantic Period in the 1800s and that Anne’s sexuality was accepted by her family and she lived very boldly and very clearly.Gemma Whelan

Marian Lister is the sister of Anne Lister and is quite a stay at home daughter. She has become keeper of Shibden Hall because Anne is always off travelling or doing something wonderful. I don’t think she does it resentfully, but she is certainly put upon to run the house. She’s not a pushover, she knows her mind, she knows what she wants and she runs a very good household. She can stand up to Anne, who often wins, but she will give as good as she gets.

The story is very different from most period dramas and it’s not a story that a lot of people will know. I think people will be surprised and interested to learn that it happened in the Romantic Period in the 1800s and that Anne’s sexuality was accepted by her family and she lived very boldly and very clearly. She knew who she was and what she wanted and I think that’s very inspiring for anyone who might be struggling with understanding who they are. I think it’s a very inspiring story to see this woman walking through life exactly as she feels she should, and is who she is without apology or regret. I think that’s a really fantastic message for anyone to watch.

I’m in awe of Sally and everything she does and this series was no different. The scripts are so beautifully written and read so cinematically and visually. The way they’re written is the way people talk, which is an obvious thing to say but that doesn’t always happen in scripts. All of Sally’s scripts just flow and you can see how much detail and thought she’s put into it.