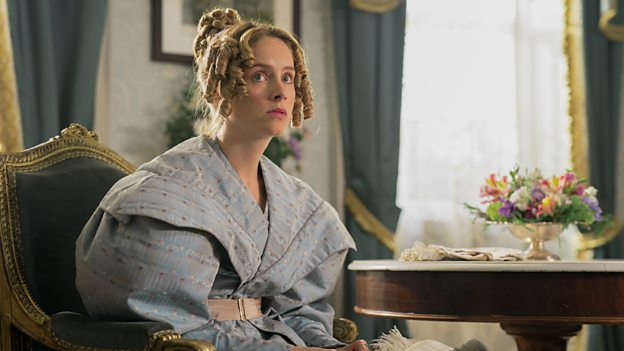 What makes this story particularly incredible is that you don’t normally have a protagonist like Anne Lister, particularly in period drama, you never see women behave like this.Sophie Rundle

The story is about Anne Lister, who was an extraordinary diarist and pioneering woman around the early 1800s, and who was also the first fairly open gay woman in society. She was an extraordinary woman who has been buried in history and we don’t know as much about her as we should. She was quite a well-to-do woman who owned land and completely rejected societal norms; she was gender non-conforming and dressed in an extraordinary way. She was incredibly brave, had a very clear understanding of her own sexuality and wasn’t afraid to embrace it. She was quite well known within Yorkshire at the time.

What was Ann Walker’s relationship with Anne Lister?

Anne Lister was this sort of rock star figure in the area of Halifax at the time. Everybody spoke about her, she was rarely seen and always off travelling, so I think Ann Walker was completely star struck by her.

Had Anne Lister been a man it would have been very clear to her that it was love at first sight, but because they didn’t have that language she didn’t understand what the feelings were. Even now some people struggle coming to terms with their sexuality, let alone then. Having to traverse the associations of how closely it’s connected to Ann’s religion and the repercussions of it, the idea of eternal damnation and being cast out from society, was a huge thing for my character. What I love about her is that we know Anne Lister as being this brave and fearless woman, but so was Ann Walker because she had to surmount this deep rooted homophobia that she had towards herself, but she did it because she loved this woman and managed to overcome all of those things.

I got an email from my agent saying that there’s this new series written by Sally, who I’d worked with before on Happy Valley. She said she’d like me to come in for Ann Walker and sent me six scripts. Having read them all I remember thinking this is one of the most extraordinary love stories I’ve ever read, regardless of the fact that these are two women it is just a beautiful love story. Plus Sally Wainwright’s name is synonymous with the best drama we’re producing in this country, so obviously I was desperate to do it!

Sally’s dramas are pacey, funny, brave and heart breaking and you don’t have all of the normal tropes of long lingering shots like normal period dramas; you could transplant these people to modern day and it would be the same story and that’s why Sally’s so clever. She covers so much, there’s never a moment where you can just sit back and relax, something is always happening.

What makes this story particularly incredible is that you don’t normally have a protagonist like Anne Lister, particularly in period drama, you never see women behave like this. She’s rip-roaring Anne Lister. It’s so extraordinary that she lived as she did at that time and then it was blasted off the pages of history. These are incredible characters regardless of the fact that they’re women. I think Sally’s ability to be so honest and writing with such punch is quite an interesting dynamic to put alongside the period setting and costumes. It doesn't feel like a period drama, it feels like a real honest story and that was Sally’s intention the whole time.

The story moves quickly and has momentum to it. The fact that Anne Lister breaks the fourth wall and looks directly at you makes you feel like you’re on her side. I think it has all the hallmarks of a Sally Wainwright drama; it’s gutsy, bold and rip-roaring. It’s a historical drama, it’s a love story, it’s about the politics and the economy of the time.

As a woman, you’re expected to behave and model yourself in a certain way, but that’s not right for everybody. I think that we’re starting to allow ourselves to imagine that gender doesn't have to be binary, sexuality doesn't have to be binary and you are allowed to choose who you love, how you behave and how you dress. That’s what this woman was doing 200 years ago. Sally’s been trying to make this for 20 years and only now have people given her the platform to do it, so it’s very timely.