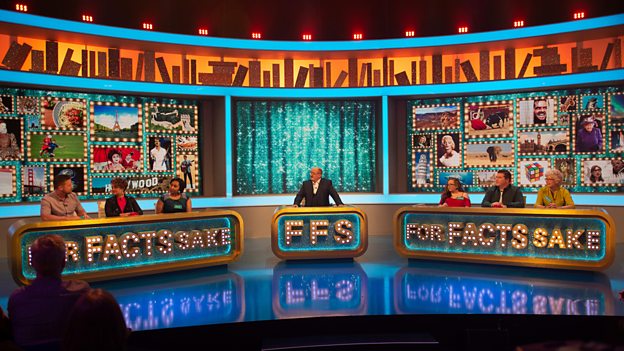 The facts I believed to be true were in fact lies. Next time somebody offers me a fact or piece of trivia I will investigate it thoroughly.Paddy Houlihan

How would you describe For Facts Sake?
Factual warfare! The facts I believed to be true were in fact lies. Next time somebody offers me a fact or piece of trivia I will investigate it thoroughly, at a minimum I’ll Google it.

Viewers will see you competing against your best friend Danny and on screen wife Fiona, was there any rivalry between you?
Myself and Danny have never had any rivalry, we first met as ten year olds while fighting each other, even then Danny was cheering for me to win (which I did). But with this he was a different animal. We haven’t spoken since.

Fiona is competitive but I didn’t feel a rivalry as such, I just didn’t think she was capable of beating me. Rumors of her cheating are untrue... probably. If she defeated me, it was fair and square... probably.

Who was the most competitive?
Jenny. Without a shadow of a doubt. Nobody likes losing but Jenny takes it to another level. I was reliably informed she asked for a full recount of all scores in the hope of securing the win.

What was your most memorable fact from the show?
The fact Kirsty Gallacher said was lovely. I can’t remember what she said exactly but I do remember at the time it made me feel warm and fuzzy.

Can you tell us an interesting or unusual fact?
Yes. I love this fact, the calcium in our bones and the iron in our blood came from ancient explosions of giant stars.