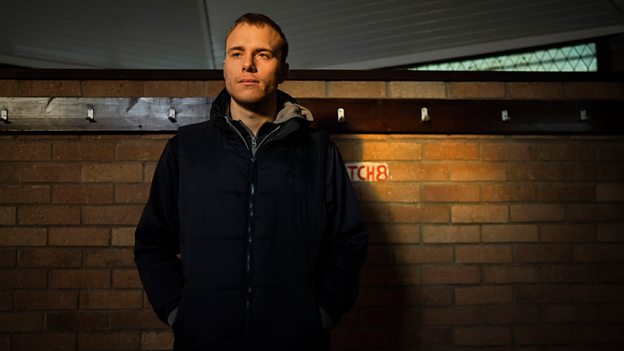 Louis Theroux: The Night In Question

At a time of increased scrutiny about what constitutes sexual assault, award-winning documentary-maker Louis Theroux heads to American college campuses and comes face-to-face with students whose universities have found them responsible for sexual assault.

In recent years, US colleges have been urged to enforce a stricter code of sexual conduct amongst students, employing specialist administrators to carry out investigations into alleged misdemeanors, with those found responsible facing permanent exclusion. For the victims of sexual assault these new processes, which require less stringent levels of proof than criminal cases, have allowed accusations that might have never been heard in a court of law to be vindicated. But alleged perpetrators believe the attempt to be more vigilant about rape and assault has turned into an overreaction that tramples on due process, and harms innocent people.

Louis also visits the university professionals educating students in modern consent protocol, as well as meeting young women whose claims of sexual assault have previously fallen on deaf ears and who believe that a new approach to handling allegations of sex crimes is not only necessary but long overdue.

Louis Theroux: The Night In Question, a 1x60’ for BBC Two, is made by BBC Studios. The Executive Producer is Arron Fellows. It was commissioned by Patrick Holland, Controller, BBC Two and Clare Sillery, Head of Commissioning, Documentaries. The Commissioning Editor is Emma Loach.

In a documentary that has been two years in the making, award-winning journalist Mobeen Azhar returns to his home town of Huddersfield to cover the trial linked to the death of Mohammed Yassar Yaqub.

Described in court as a 28 year old office clerk, Yassar Yaqub was shot dead by police on an M62 slip road on a cold and wet January evening in 2017.

Celebrated by his family as a loving son and beloved father, his death lead to protests on the streets of West Yorkshire and in the wake of the Black Lives Matter movement a Justice 4 Yassar campaign was born.

But just days later the Daily Telegraph reported that Yassar was a “major drugs baron [who] laundered the profits from his drugs empire through his sale of high-performance cars”.

Now in this very personal authored film Mobeen attempts to find out where the truth really lies in a journey that forces him to question his own identity, his town, his community and beyond.

Home Town (w/t), a series for BBC Three, is made by 7Wonder. The Executive Producer is Jez Lee. It was commissioned by Damian Kavanagh in his former role as Controller, BBC Three, and Clare Sillery, Head of Commissioning, Documentaries. The Commissioning Editor is Emma Loach.

War In The Blood 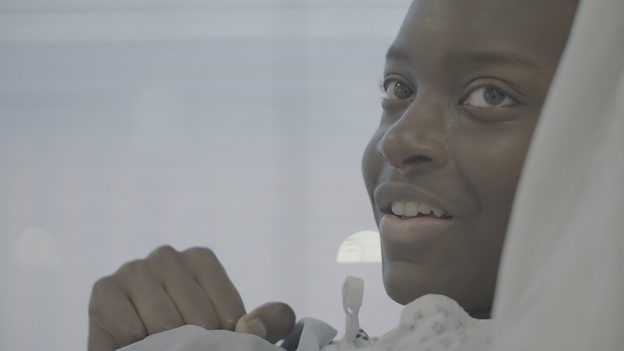 An intimate feature-length documentary, directed by Arthur Cary, follows patients with terminal cancer through ground breaking ‘first in-human’ trials for CAR T-cell therapy, at University College Hospital. A pioneering treatment that genetically modifies the body's own immune system to target cancer, CAR T-cell therapy has been described as potentially the most exciting breakthrough in cancer treatment since chemotherapy. But at this experimental stage in the trials, patients have been warned not to expect any benefit themselves - they are taking part primarily to test for side effects. However, there is still a chance the treatment could extend or even save their lives.

At the heart of the film are two patients at different stages of their lives; 53 year old Graham and 18 year old Mahmoud. How do their ages and life experiences affect their physical and emotional response to the treatment. Not allowed to meet and separated by two floors of a hospital they are nevertheless bound together by their commitment to the trial.

The film also focuses on scientist, Martin Pule, who has devoted his career to finding a cure for cancer. What responsibility does he feel as his treatments are tried on humans for the first time and what does it mean to stand on the cusp of such a breakthrough that could radically change the way we treat cancer?

At the heart of this profound film is the complex relationship between the patients and the clinical team. How much hope can the doctors give their patients, when they are at such a late stage in their illness and going into these first-time trials effectively as human guinea pigs?

War In The Blood, a 1x90’ for BBC Two, is made by Minnow Films. The Executive Producer is Morgan Matthews. It was commissioned by Patrick Holland, Controller, BBC Two, and Clare Sillery, Head of Commissioning, Documentaries.

An earlier version of this release stated that Farzin Farzaneh was taking part in this film, he will no longer appear in the final version.

Travels In Europe With Ed Balls

Following on from the success of Travels In Trumpland, Ed Balls heads to Europe to discover how the divisions exposed by Brexit are reflected in the rest of the EU and what that could mean for the future of the European dream.

In the midst of a tumultuous period for the EU, Ed will get under the skin of the continent’s most intriguing and volatile countries, by immersing himself in the lives of everyday people with surprising and provocative views.

In a warm and insightful look at a continent in flux, Ed will explore whether Europeans still share the same values and find out why we live in an increasingly divided and difficult age.

Travels In Europe With Ed Balls, a 3x60’, is made by Expectation Factual. The Executive Producer is Dominique Foster. It was commissioned by Patrick Holland, Controller, BBC Two, and David Brindley, Head of Commissioning, Popular Factual and Factual Entertainment and Joanna Carr, Head of Current Affairs. The Commissioning Editors are Gian Quaglieni and Clare Mottershead.

The Dad Who Gave Birth: Seahorse

Freddy is 30 and yearns to start a family but for him this ordinary desire comes with unique challenges - he is a gay transgender man.

Deciding to carry his own baby took years of soul searching, but nothing could prepare him for the reality of pregnancy, as both a physical experience and one that challenges society's fundamental understanding of gender, parenthood and family. He quickly realises that what to him feels pragmatic, feels deeply confusing and confronting to others; this was not part of his plan.

Against a backdrop of increasing hostility towards trans people the world over, Freddy is forced to confront his own naivety, mine unknown depths of courage and lean on every friend and family member who will stand by him.

Made with unprecedented access and collaboration over three years, the film follows Freddy from his preparations to conceive, to the birth of his baby. It is an intimate, audacious and lyrical story about conception, pregnancy, birth and what makes us who we are.

The Dad Who Gave Birth: Seahorse, a 1x90' film for BBC Two, is a Grain Media Production in association with Glimmer Films and The Guardian, developed with support from the Wellcome Trust. It was commissioned by Patrick Holland, Controller, BBC Two and Clare Sillery, Head of Commissioning, Documentaries. The Commissioning Editor is Mandy Chang.

In July 2018, BBC science presenter George McGavin was diagnosed with the deadliest form of skin cancer, a malignant melanoma.

Until very recently, the only options available for advanced melanoma patients like George was surgery and hope. Survival rates were dire.

But in the few months since he was diagnosed a host of new medicines have come on line that will drastically improve George’s chances. Crucially, these advances are putting melanoma at the pioneering edge of the most exciting developments in cancer research. Ever.

This documentary follows George on a personal, medical and scientific journey. As a scientist, George can’t help but be excited by the extraordinary developments in melanoma care. He is utterly enthused as he meets Nobel Laureates, miracle patients, learns about game changing new therapies or examines state of the art images of his own cancer cells.

But he is also a patient, a husband and a father. As he undergoes a regimen of PET scans, pills and pathology, he can’t help but wonder whether he will live to see the child of his pregnant daughter grow up. The result is a deeply powerful rendering of the astonishing promise of medical science. Could we be on the cusp of something that has eluded us for centuries - a cure for cancer? What does this mean for George? For science, and for humanity?

George McGavin: Living With Cancer, is a 1x60’ for BBC Four. It. is made by Tern TV. The Executive Producer is Harry Bell. It was commissioned by Cassian Harrison, Controller, BBC Four and Tom McDonald, Head of Commissioning, Natural History and Specialist Factual. The BBC Commissioning Editor is Craig Hunter.

Abused By My Girlfriend

This is the remarkable story of Alex Skeel (main picture), a 22 year-old football coach from Bedfordshire who was involved in a violent relationship with girlfriend Jordan Worth.

But Alex was not the perpetrator. He was the victim. And for nearly five years he endured psychological and violence abuse of the worst kind - where he was starved, repeatedly stabbed, burnt and coercively controlled by Jordan. His abuse was so severe, when Alex was able to finally ask for help, medics said he was just 10 days away from death.

This is one of the most extreme cases of domestic violence witnessed by Bedfordshire Police, and in April 2018 Jordan was sentenced to seven and half years for GBH and coercive controlling behaviour - the UK's first conviction for coercive control involving a female offender.

This compelling and thought-provoking film will be authored by Alex. We’ll follow him on a personal journey as he revisits the people and the places he was abused, to ask with unflinching honesty: How did I become a victim? Why couldn't I just leave? How do I move forward with life after this?

Abused By My Girlfriend, a 1x50’ for BBC Three, is made by Century Films. The Executive Producer is Katie Bailiff. It was commissioned by Damian Kavanagh in his former role as Controller, BBC Three, and Clare Sillery, Head of Commissioning, Documentaries. The Commissioning Editor is Emily Smith.

Science is full of strange ideas, but there is one phenomenon this is so utterly bizarre and unexplained, it is perhaps the strangest of all. Einstein argued that it couldn’t be real. Yet today, it is being harnessed to create science fiction-like new technologies and physicists are exploring whether it could underpin the very space and time we experience everyday. It is known as quantum entanglement.

The theory of quantum mechanics brilliantly describes the microworld of atoms and tiny particles, but it suggests the existence of quantum entanglement, a phenomenon that has puzzled scientists for almost a century. Imagine two subatomic particles which have interacted in the past - even if you separate them by millions of miles, they somehow act in unison. Like rolling two dice millions of miles apart and as you look at one to see what number it landed on, the other instantly shows the same number. Einstein dismissed it as “spooky action at a distance”.

Yet today, quantum computers could make use of entanglement to tackle calculations that traditional computers simple can’t cope with and researchers are using entanglement to develop an unhackable quantum internet of the future. Despite this progress, a few doubts about quantum entanglement remain. So, high on a mountaintop in the Canary Islands, a team of physicists is working with two of Europe’s largest telescopes to use light from distant galaxies to control intricate measurements of tiny quantum particles and put quantum entanglement to the ultimate test.