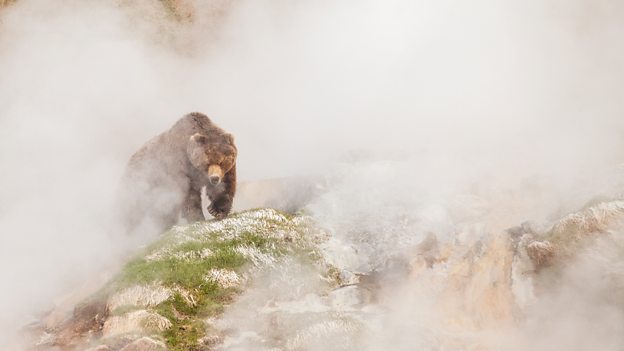 We want to be the home for the most ambitious, most challenging, most moving ideas. Our ambition is to make programmes that are central to peoples lives.Alison Kirkham

Alison Kirkham says: "The BBC has a unique commitment to factual programming. I don’t believe any other broadcaster in British television has such an extraordinary breath of output in factual. Plenty of other broadcasters are now following our lead, but we’re determined to keep moving the conversation forwards. That’s what makes the BBC special - the desire to anticipate and stimulate the national conversation, not motivated by commercial imperatives or what’s in fashion.

"The BBC has a unique ability to bring the nation together. We reached over 22 million people with our coverage of that Royal Wedding and 20 million joined us across the weekend commemorating the 100th anniversary of the end of World War I, they’re moments that create powerful shared cultural experiences. Later this year we’ll be covering the moving ceremonies to commemorate D-Day, 75 years on.

"It’s always been important to me that we are a department with integrity and in turn it means that people have been generous enough to trust us with their most intimate stories - be that filmmakers, contributors, or famous faces. Tonight I re-affirm that commitment. We want to be the home for creatives to do their most personal work, and to seek out the untold stories. We want to be the home for the most ambitious, most challenging, most moving ideas. Our ambition is to make programmes that are central to peoples lives."

An ongoing commitment to the environmental story will play a key role across the BBC with a number of new commissions focussed around Protecting Our Planet. Following the huge global impact of Blue Planet II, watched by more than three quarters of a billion people worldwide, the BBC’s work around Plastics Watch and the forthcoming Blue Planet Live on BBC One, Alison announced new programmes including Green Planet (w/t); Meat: A Threat To Planet Earth with Liz Bonnin; Population With Chris Packham and a Springwatch call to action to record the health of British wildlife today.

In May the BBC will shine a light on mental health to mark Mental Health Awareness week with new documentaries from Nadiya Hussain, David Harewood and Alastair Campbell, and a BBC Three film looking at the rate of suicide in young people in the armed forces..Following its coverage last year to mark the end of WWI, which brought 20 million viewers to the BBC across one weekend, this summer, the BBC will mark the 75th anniversary of D Day, with moving coverage of the commemorations in both Portsmouth and Normandy. And over the next five years the BBC will be remembering a number of WWII milestones, with programmes including Robert Rinder's exploration of families’ experiences in the two part series, My Family, The Holocaust And Me on BBC One; a film marking the liberation of Belsen; and a series uncovering The Rise Of The Nazis for BBC Two . The BBC has a unique ability to bring untold and complex stories to the nation, and will continue to tackle challenging subject matters with Ed Balls on the future of Europe; The Dad Who Gave Birth: Seahorse tells the extraordinary story of a transgender man’s quest to start a family; and Arthur Cary follows patients with terminal cancer through ‘first in-human’ trials for CAR T-cell therapy. BBC Three will tackle the harrowing subject of coercive control in Abused By My Girlfriend. On BBC Four, George McGavin will present a very personal film on living with cancer and a film on quantum entanglement, Einstein’s Quantum Riddle.