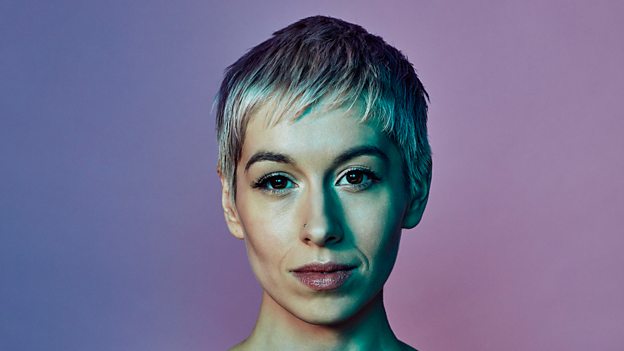 Category: BBC One; BBC Four; Radio 2; Entertainment; BBC Studios
The biggest music extravaganza on the planet returns this May as the Eurovision Song Contest, one of the longest-running and most-watched non-sporting events in the world, is broadcast live from Lisbon across the BBC.

The Portuguese capital will play host to the competition for the first time in history following the country's first victory at the 2017 contest in Kyiv, with the song Amar pelos dois, performed by Salvador Sobral.

In order to find a song to represent the United Kingdom, this year the BBC undertook a massive song search. Public entries were considered and shortlisted by a representative panel of official UK Eurovision Fan Club (OGAE UK) members. At the same time Record Industry Executive and Music Director for the BBC, Hugh Goldsmith, set up four songwriter camps, inviting songwriters from around the world to take part. In addition to this Hugh liaised with a number of music publishers and independent songwriters to find the best six songs for Eurovision: You Decide.

SuRie was chosen to represent the United Kingdom after winning Eurovision: You Decide 2018 by a combination of viewer and expert jury votes.

SuRie will head to Lisbon to perform her song Storm, an anthemic contemporary pop song on behalf of the United Kingdom this May. Storm was written by Nicole Blair, Gil Lewis and Sean Hargreaves.

BBC Eurovision is a BBC Studios production, commissioned by Kate Phillips, Controller of Entertainment and Rachel Ashdown, commissioning editor for the BBC. The executive producer is Andrew Cartmell, and the producer is Helen Riddell.

Graham Norton will provide the commentary on BBC One for Europe’s biggest party night of the year.

Hosted by Sílvia Alberto, Filomena Cautela, Catarina Furtado, Daniela Ruah and broadcast live on BBC One and BBC Radio 2, the qualifying acts from the semi-finals will join hosts Portugal plus the ‘Big Five’ countries France, Germany, Italy, Spain and the United Kingdom in the Grand Final of the 63rd Eurovision Song Contest from the Altice Arena in Lisbon.

Following the artists parade and an introduction from the hosts the show will begin as 26 acts take to the stage in a bid for Eurovision glory.

After viewers have cast their votes, each national spokesperson from the 43 participating countries will be called in to present the points of their professional jury - who watched the Friday night Jury Final performances.

Mel Giedroyc will be the UK spokesperson delivering the vote results live from London.

After the presentation of the scores from the juries, the televoting points from all participating countries will be combined, providing one score for each song. These televoting results will then be announced by the host, starting with the country receiving the fewest points from the public and ending with the country that received the highest number of points, building towards a guaranteed climax.

More details regarding the voting procedure can be found at bbc.co.uk/eurovision

In semi-final one, the first group of countries will compete for a place in Saturday’s Grand Final.

Viewers in the United Kingdom are able to vote in this semi-final once all of the acts have performed.

The second semi-final of the Eurovision Song Contest 2016 will feature 18 different acts taking to the stage in the hope of securing a place in Saturday’s Grand Final.

As well as all of the musical action from the arena Scott Mills and Rylan Clark-Neal will be out and about exploring the host country Lisbon meeting the contestants.

BBC Radio 2 is still the home of Eurovision on the radio with Ken Bruce and Graham Norton broadcasting live from Lisbon for the 63rd Eurovision Song Contest, bringing the best of the action to listeners as it happens.

Ken broadcasts live from Lisbon (9.30am) ahead of the 63rd Eurovision Song Contest. He's chatting to SuRie and looking ahead to some of the songs tipped to score the big points in the final with journalist and self-confessed Eurovision fan Paddy O'Connell.

Måns Zelmerlöw, the Eurovision champion from 2015 and SuRie choose the Tracks of My Years.

Graham Norton’s Radio 2 show (10am) will be coming live from Lisbon with special guests including SuRie and the BBC’s Director-General Tony Hall. And, back in London, Maria McErlane has more Grill Grahams. In the final hour of the programme, Graham will host his 3rd annual Let's ABBA Party featuring non-stop hits by the Super Swedes.

And later that evening Ken Bruce introduces the 63rd Eurovision Song Contest from the Altice Arena from 8pm.

In addition to all of this, BBC Radio 2 will be broadcasting a speial concert live from the London Palladium with Conchita recorded earlier this year.