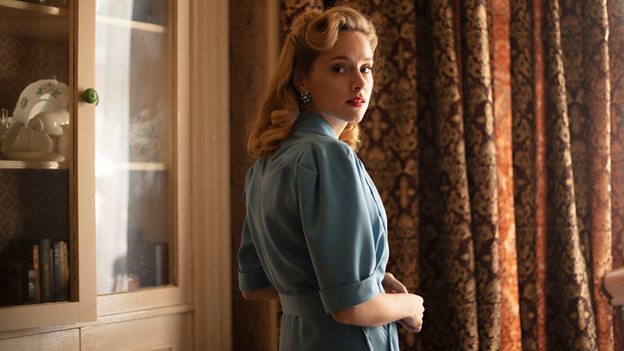 I think what is fascinating about this in the way it looks at dementia, is that your protagonist has dementia, so you have this unreliable narrator and you’re following her and all the trappings that come with that.Sophie Rundle

I’d seen the book around, but hadn’t read it, and then I got a call saying they were doing the adaptation of it and Aisling Walsh was directing. I’d worked with Aisling before and I think she’s so brilliant, so I was like: “Whatever she wants, I’ll do it.” I went in to meet her and she explained the story and I just thought it’s such a beautiful, moving concept and with someone like Glenda Jackson playing Maud, you’d have to be mad to not want to be a part of it.

I was really nervous about meeting Glenda - she’s this powerhouse figure and I’m so amazed by her, she’s so cool, she’s my new girl crush. She’s smart as a whip, she never complains, and she just gets on with it, she’s giving this amazing performance. She’s just lovely to be around, she’s quite twinkly and a bit naughty, which I like.

How would you describe Sukey?

Sukey is Maud’s older sister and we see her in flashbacks throughout the story. We see her almost through Maud’s eyes the whole way through. She’s always dressed in this iconic blue colour and she’s very glamorous and aspirational, and she desperately wants to be like Lana Turner and live this glamorous life. She’s married to this man Frank. She is full of hope but is being confronted with the fact that perhaps her life isn’t going to pan out in the way she wants it to. But she certainly is this glamourous, idealised vision of how you remember your sister.

What’s the relationship like between Sukey and Young Maud?

It’s that typical sisterly relationship. Maud’s a bit younger than her and she sort of looks up to her and Sukey has all this confidence and sass. She really loves Maud and she’s got this protective older sister thing. She wants to bring her into her life. They’ve got a lovely relationship, it’s why it’s so tragic throughout the story that Sukey was lost to Maud and that she didn’t get a future with her. You feel like Sukey should still have been around. But it is a very truthful, very poignant sisterly dynamic.

What do you think it is like for Sukey and Frank at the beginning? Do you think she loves him?

Sukey and Frank certainly start off as a typical young couple and I think they are quite well suited actually. He’s a bit of a wheeler dealer, quite cocky and confident but that kind of suits Sukey and I think they work out well together. But then you’ll see the odd little flash of darkness there. But from Maud’s perspective, they are just that bit older and that bit more mature and glamorous. You see them in the story looking at their house that they are going to have built and they’ve got all these hopes and dreams and they look the part but they’re still actually just young kids.

Where do you feel that Doug sits in-between Sukey and Frank?

Doug is their lodger in their family home and he’s quite a gentle soul really, but he is a sort of outsider. I think Sukey and Doug have a funny little relationship. Obviously at that time for a woman to be having any kind of dynamic with a man that wasn’t her husband was controversial. But Sukey has a really good heart and I think she sees Doug is just going through something and there’s a tenderness there.

Have you had a favourite scene to film?

I have really enjoyed this job; I’ve really enjoyed lots of the scenes. We did a scene on Portobello beach in Edinburgh where Sukey is buried up to her neck in the sand and turned her into a mermaid. I had to get in this box that they had buried in the sand, so I was quite nervous, and then they covered me in sand up to my neck. It was crazy. It was lovely though because it had been raining all morning and then the sun came out and we were ad-libbing stuff. It was really fun and really beautiful.

What would you say is at the heart of the piece?

The musing on loss. Whether that’s the loss of a person, loss of a friend, loss of memory. Dementia and Alzheimer’s are on the rise and so many people are affected by it and I think most people know someone - whether it’s your grandparents or a friend or a relative - who’s living with it. It’s so moving, you see the young girl that she was and the life that she had and her trying to keep a grasp on it.

Do you think there is anything different or surprising about how dementia is portrayed?

I think what is fascinating about this in the way it looks at dementia, is that your protagonist has dementia, so you have this unreliable narrator and you’re following her and all the trappings that come with that. Has that just happened? Are we being told the right story? Her being the protagonist, you take her straight to your heart and you completely understand her struggle. And Glenda is brilliant in that heart-breaking thing of a woman so alive and yet struggling to keep everything together. I think that tender look at it, is at the heart of it and I think it does it really well.

What one thing would you hope an audience member would take from the film?

I think it will be poignant and I hope its life-affirming. I don’t think it’s a damning look at memory loss and dementia, I think it’s a hopeful look at it. This is a very heart-felt and insightful look at what life is like when this sort of thing is happening.