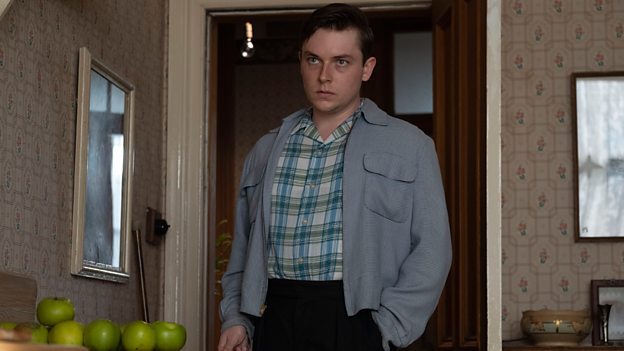 What’s so great about the script, is that Glenda’s character Maud is piecing together two events that have happened 70 years apart and because of the mind deteriorating, she can’t quite work out how they’re kind of intertwining but they do. I think it’s so well written and so accurate.Neil Pendleton

It’s so well written. I think particularly with Douglas, he’s really really complicated. He comes across as quite aggressive but I think he’s just been through a lot and he’s bottled it all up and doesn’t quite know how to deal with it. It’s also the case in the time period it’s set, it was a lot more traditional in a sense that men went out and did their job and women stayed home and I think it’s a toxic masculinity thing and he’s quite a sensitive soul, so he’s struggling to deal with all these emotions in an efficient way. And of course, working with Glenda Jackson, to have met her and worked with her.

It’s been amazing. She’s so on the ball, it’s ridiculous. She’s one of the greatest actors of all time, full stop. I can remember when we were in the read-through, my last scene is kind of three quarters of the way through and I just remember shutting my paper and watching her for the last twenty minutes. She’s just incredible and brilliant to work with, she’s so sharp, she’s so funny, just everything, she’s brilliant.

What was the friendship with Sukey like for Douglas?

I personally think he was in love with her. That’s how I’ve taken it. Whilst he was convincing others he wasn’t, I don’t think he would do what he does otherwise.

What’s the dynamic between Douglas and young Maud in the film?

I think he really struggles with young Maud because he sees a lot of Sukey in her. When someone’s gone missing but he’s almost seeing that person in real life, it’s quite hard for him to understand what’s going on. But I do think he really does care for her; I really do and obviously he’s going through the same grieving process as she is but just in a different way. They’re both just taking it in different directions, which is why I think Douglas is a bit aggressive towards her, but I think it’s just emotions getting the better of him.

Have you had a favourite scene or moment that you’re proudest of?

There’s a small scene with young Maud, where she’s lying on the floor and she’s singing a song and I walk in and watch her and then I realise she’s wearing her sister’s lipstick. You know how I said earlier that Doug sees a lot of Sukey in young Maud, I think when she does something that Sukey did, it really hurts him and that’s when a kind of violent side comes out and he roughly smudges the lipstick and he says: "You can’t replace her". I think that’s the first kind of clue to the audience that he was in love with Sukey and just the whole situation is getting to him.

Did you do any research or preparation for the role?

Yes, the first time you meet Douglas, he speaks in an American accent and my costume is a bit more colourful than the rest of the time. Just seeing photos of how people held themselves because I think he’s obsessed with the American culture and he dresses differently. I think that’s a self-conscious thing, I think that’s him realising maybe he’s not the coolest guy in the world, but he wants to emulate that. In terms of research I looked at pictures and how the American guys held themselves, with a cigarette and their slicked back hair. In terms of actual character research, I just went off the script, I realise that sounds quite lazy, but I often get scared that if I do too much research that I’ll be playing it differently to how the script has been written.

What’s it been like to film scenes in the past and the present?

It’s been quite strange actually, I was talking to Liv who plays young Maud the other day and apart from that one scene with Glenda quite early on in the shoot, I’ve only been with cast who are involved in the flashbacks. I’ve actually kind of forgotten that a lot of the film is set in the present day. It feels like you’re working on something but when it comes to watching it, it’s almost two films in one. But then obviously it will be put together beautifully, and it will look great.

As a piece looking at dementia, how do you think this film is different to what audiences are expecting?

I think it’s so real. My dad’s mum suffers from it and her present-day knowledge is almost gone but she could tell you stories from when she was a kid with great accuracy. What’s so great about the script, is that Glenda’s character Maud is piecing together two events that have happened 70 years apart and because of the mind deteriorating, she can’t quite work out how they’re kind of intertwining but they do. I think it’s so well written and so accurate.

What is the one thing you want the audience to take away from it?