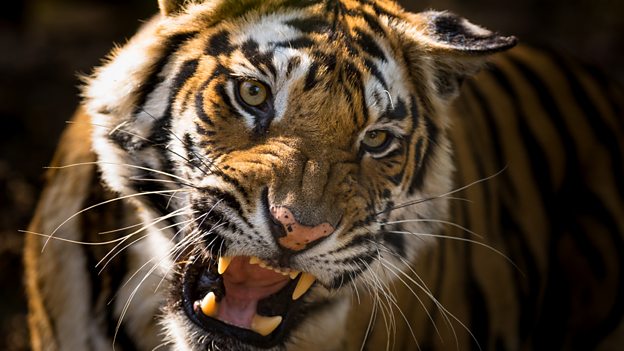 Simply finding a tiger is the biggest issue.Theo Webb

She holds the perfect tiger territory; with dense jungle, spring-fed ponds and rich grasslands teeming with prey. And now, this powerful tigress has four tiny newborn cubs to care for. They are the future of her dynasty.

But the idyllic world that she inhabits is changing.

Rival tigers, seeking their own territory, are encroaching on her hunting lands. One in particular, her adult daughter Solo, is challenging Raj Bhera in the heart of her territory. She must fight to retain control of these hunting grounds while continuing to feed and protect her growing cubs. But Solo’s persistence puts pressure on the whole family until Raj Bhera makes a decision that could end her life and her dynasty forever.

Raj Bhera is one of around 80 tigers living in Bandhavgarh Tiger Reserve. Her world revolves around her 18sqkm territory. She spends hours every day patrolling and guarding her boundaries from rival females. Her territory is one of the finest in Bandhavgarh - there are natural springs feeding streams and pools, bamboo thickets that are perfect to hide in, ancient Sal forests, and expansive meadows lush with monsoon-fed grasses that attract countless deer.

In this perfect tiger territory, she raised her first litter of four cubs all to adulthood - one of these was her daughter, Solo. Solo was the most dominant of the three other female cubs and quickly set up her territory on the edge of her mother’s lands.

Raj Bhera’s second litter was born in early May 2015 and were first seen and filmed by the team at just a couple of weeks old. They may be the youngest cubs anyone has ever filmed in the wild. There were three male cubs and one female, who became known as Biba.

Geographic dynasty: Bandhavgarh is made up of a core and buffer area totalling 1540 sq km. Home to over 80 tigers, the park remains one of the best places in India to see tigers. It has been so successful in providing a space for tigers to thrive, that it now faces an overcrowding issue. With nowhere to go, the tigers that now grow up here are faced with a challenge: to fight for an existing territory or to look outside the reserve.

Facts about the species 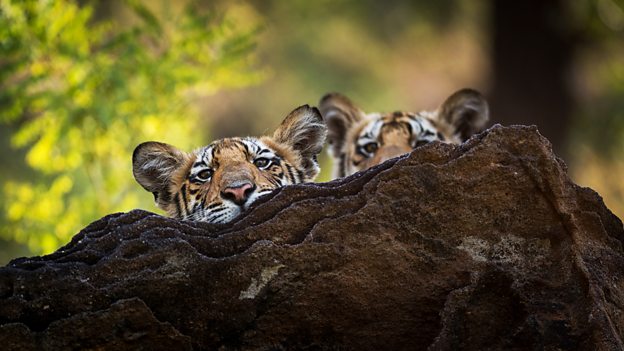 An interview with Theo Webb, Director of Tiger

What can you tell us about your film?

Our episode is a modern tiger story. It’s the story of a mother known as Raj Bhera, who is trying to raise a new litter of cubs in a changing, jungle world. She’s under pressure from all sides because there is so little space in Bandhavgarh and there’s a high density of tigers. Her neighbours are trying to seize her territory from her. The forest is completely surrounded by the human world of farms and villages, so there is nowhere else to go.

Who are the characters you’re most excited for us to see?

The key characters are Raj Bhera and her four cubs. We were able to film the cubs from a really young age - it’s rare to film younger cubs. So that is really special and wonderful experience. Everyone loves tigers and to be able to show people tiger cubs growing up, starting when they are so tiny, we’re excited about that.

Were there any particular difficulties filming them?

Simply finding a tiger is the biggest issue. They live in dense jungle. There’s only a few roads through the forest and you can’t drive off them, so for most of the time the tigers are going to be too far from the road for you to see. We spent huge amounts of time, sometimes days on end, driving those roads all day long and failing to see a tiger at all. The only good thing is that each tigress has a very fixed territory. So, to try to find Raj Bhera we at least didn’t have to search the entire forest. One section of it was hers and that was where she lived.

For a lot of the filming we used a five metre long scaffolding tripod, plus a camera on a remote-control head. The cameraman, John, was able to control the camera with a joystick and a screen from quite a distance away, which meant that our filming didn’t disturb the tigers. But he was wearing a blackout hood over his head to cut out the sunlight while it was 40C! He was absolutely sweltering.

Was it intimidating to work so close to tigers?

It was extraordinary to see them at their most intimate moments, such as when they’re suckling or asleep. There are moments when we could literally hear the tigers sleeping, just their breath going in and out. But we were always aware that this is one of the world’s great predators. Tigers have a real presence and a sense of power that I don’t think any other big cat has, and we were in their world, their territory. They are wonderful and majestic but when a wild tiger looks at you with the cold gaze - yes, they are intimidating.

An interview with Miles Barton, Producer of Tiger

What attracted you to this story?

I loved the idea of telling a single family’s story over a long period of time and really getting to know them. And to set off filming not knowing what would befall our characters was very exciting. At the same time, of course, we had to be prepared - as much as possible - for anything to happen.

What difficulties did you encounter?

Finding Raj Bhera’s den took weeks so it was a wonderful moment when Theo discovered the tiny cubs. Inevitably it was a huge challenge to film such an elusive animal whose signature trick is to blend into the forest. Most of the time they would be either asleep or in a thicket and therefore unable to be filmed. Yet the team still had to be ready for that moment of drama which might happen at any time - even in the 40C heat!

What are you most excited for people to see?

The intimate life of this family and the extraordinary abilities of Raj Bhera - one moment a deadly hunter and the next a gentle, attentive mother. My most memorable moment is when she bursts out from a grassy thicket to attack a displaying male peacock. We captured it all in extreme slow motion.

What’s the benefit of telling the story of a dynasty in this way?

We are able to show the challenges that face all tigers throughout the world but through the eyes of one particular tigress as she struggles to bring up her cubs safely. Bandhavgarh is a well-protected tiger reserve with plenty of breeding tigers. But it is surrounded by villages and people. The more tigers there are, the more conflict there is between them. To avoid each other, tigers leave the park with potentially disastrous results, as John and Theo witnessed at the end of the filming.