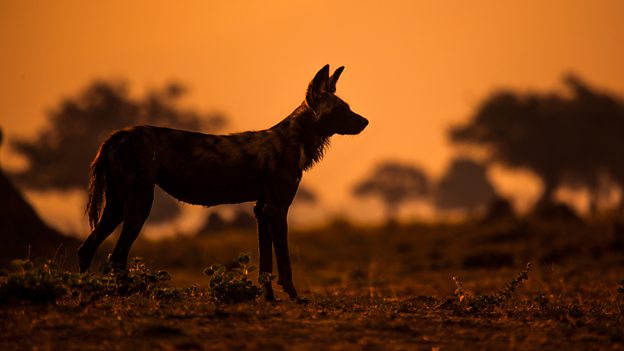 Filming from the Savannah to the South Pole…

Usually, if you're doing your job right, you shouldn't have any dangerous interactions with the animals.Sophie Darlington

An interview with Sophie Darlington, of Lion Camera Team

How did you come to be involved in Dynasties?

Michael Gunton came to me and asked me if I wanted to do the film for lions. The Maasai Mara and the Marsh Pride seemed like a really obvious destination, because they're so well known. We knew who these animals were and the BBC has an amazing history with that pride.

Have you filmed in the Maasai Mara before?

I have filmed there before, but then I worked with cheetahs. I've seen the lions, but I've always looked at them as the adversary; when you're filming cheetahs, lions are not deeply popular.

Did your relationship with the lions change?

Of course. You're always on the side of whoever you're filming. You have to be because you need to put yourself into their heads as much as you can. The great thing about these lions is that they ignore you, and that's exactly what you want when you're making a natural history programme. You want to be invisible. You don't want the animal to be constantly looking at you and freaking out.

But, yes, I felt very close to them, especially Alan and Charm. Charm is the dame. She is just the most extraordinary lioness. There was something about her manner. She was almost selfless which, for a lion, doesn't happen. You can't give human attributes to animals, but she would go out of her way to stalk and kill for the others when they weren't fat, when she was. Lions don't tend to do that usually. Usually they're pretty self-motivated, they'll only do things if it's for their benefit.

Are there moments from your film that you're excited for people to see?

Oh gosh, yes. I really want people to see the lions, and I think this film is a very true representation. It is the true story of this pride. We didn't tell the story, they did. We just captured it.

At times, it was very, very frustrating, because there are a lot of times when lions do nothing. When they're doing nothing in very long grass, which is full of rocks. There were months where almost nothing happened, but that gives you a very real experience to what it is to be a lion. You see all of them struggling. But, also, you get the joy of them. They are at times, just deeply funny and wonderfully affectionate to one another. That's what makes them interesting, because they're a social cat.

Did you encounter any moments of personal peril making the film?

Because of the nature of what we do, the most perilous thing is usually something you've done to yourself, whether you're going through a gap in a little valley which is maybe a little bit too tight, or the car goes over, or you're driving in very, very heavy rain. But, usually, if you're doing your job right, you shouldn't have any dangerous interactions with the animals.

An interview with Lindsay McCrae, Cameraman of Emperor

Please explain your role in the film.

There were three of us filming in the Antarctic: Will the director, Stefan who was a field assistant and then I was the camera operator.

What was it like to film in such cold conditions?

I know it sounds odd, but the whole thing appealed to me because it's the most extreme in every respect you can get. You couldn't be further from home, and it's a really long time. Obviously, the conditions you're working in are the hardest you're ever going to experience.

We got there in the summer so we were able to operate without gloves and hats. We got used to it, because while it never rose above zero, you can handle temperatures of -2C to -5C. But then the end of February hit and weather started to deteriorate rapidly, but we just got used to it.

One of the producers mentioned a cameraman who spent all day sitting on the ice. Was this you?

Yes! We wanted to make it look as different as possible, by getting the camera as low as possible. Which for the majority of the time meant being at the same height as the penguins’ feet, so I just tended to film the ice with the camera in between my legs.

No, it wasn't at all. Well, some of the days it's the most uncomfortable I'd ever felt and I don't think I'll ever feel like that again. But you just remind yourself what you're looking at. You’re at the bottom of the planet and you're looking at eight thousand emperor penguins. Anything is worth that at the end of the day.

There’s lots of talk about a heart-breaking moment in this film. Can you elaborate on it?

There’s sea ice, which freezes, and that's what the birds breed on. Then there’s the shelf ice, which is there more permanently and doesn't melt in the summer. The sea ice is what the penguins rely on to breed. When the sea freezes, it joins the bottom of the shelf ice. And as the year progresses, snow is blown from the east. It blows up against the shelf and eventually a gully forms.

Because the majority of the weather came from the east, the birds would huddle in bad weather. This is how they try and protect themselves, but the birds on the windward side of the huddle would peel round onto the more protective side. Over a period of a few days of a storm the whole colony could shift quite a distance because they're constantly peeling off, which pushed them closer and closer to this gully. And then we had an almighty storm that prevented us from filming, and we thought: "Crikey, what are we going to see when we get back there?" What happened next - well, I guess everyone will see when they watch the film.

Is it hard to remain dispassionate when you are filming animals?

As a cameraman, my job is to film whatever happens in front of me - however hard that may sometimes be. And nature can be tough. We’d spent a heck of a lot of time with those penguins. We’d seen how hard they work in those brutal conditions to keep their eggs and chicks safe. We suffered alongside them and, yes, we felt for them. You can’t help it. But what a privilege it was to spend so long with them in the most beautiful place on earth.