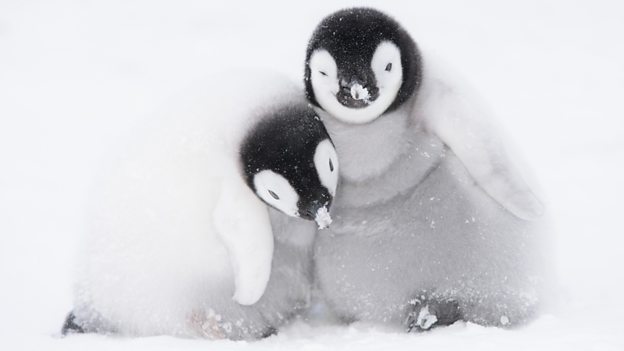 What really comes through in the films is that for these animals, life is really, really hard.Rupert Barrington

What is the series, Dynasties, about?

Each episode of Dynasties is a single story. This is a very different series to the normal landmark wildlife shows which may contain ten or 12 separate shorter stories per episode.

Dynasties is about families and their leaders; families that can dominate the landscape. The leaders are trying to survive and ensure that their dynasty can continue through their offspring. For most animals, success in life is about producing a few offspring and leaving them to take their chances, but a lion or a painted wolf family can completely control their landscape, and their bloodline will rule that landscape for generations.

We committed to spending a huge amount of time with each animal. It’s a documentary in its traditional sense; a team went out to film, not knowing what was going to happen. They just followed those animals for hundreds of days, and whatever happened would be the story, whether it was an exciting event or a bit of a disappointment.

The last two landmark series were big state-of-the-world events. What reception are you anticipating for something as character-driven as this?

I hope that people will see these great charismatic animals in ways they've never seen them before. By spending vast amounts of time with each, our teams have been able to record what their whole lives are actually like, as opposed to just a single moment. They have watched these animals facing up to immense challenges and great change with extraordinary resilience. What really comes through in the films is that for these animals, life is really, really hard.

There's a nobility in how they act, whatever is thrown at them. I think because often they're struggling against universal challenges so you can't help but connect with their struggle. You feel for them; sadness at moments of tragedy and joy when they triumph.

What moments are you most excited for people to see?

What's interesting about the series is that the moments with the greatest emotional impact are often not the moments of great action or spectacle. While the smaller incidents are critical points in the bigger story.

For example, in the emperor penguins film there is a lull period after the thousands of penguins in the colony have all paired off, and where each couple is now waiting and waiting for the female to lay her single egg. This can take weeks. Yet somehow one couple appears to be far ahead of schedule. The female has a bulge under a fold of her belly, which is the outward sign that she has got her egg safely on her feet, off the ice, keeping it warm.

But then she lifts up her belly and we see (as does her mate, at the same moment) that she actually has an egg-shaped snowball there. Presumably she has found it and decided to get in a bit of practice before the brutal winter hits! It’s a lovely moment, quite low-key but very telling in the context of the story - about how the penguins will have to keep their egg alive through the most brutal winter on earth.

Across the series, we do have great moments of action which are really exciting, but there are also a lot of moments like this which I hope will really draw the viewer in.

Does spending so much time with the animals make it harder for the viewer to delineate between hero and villain?

That's a really good point. In the tiger film, we focus on a mother trying to rear her four cubs. The big issue for tigers nowadays is that they live in small reserves, so there's a huge premium on space. The mother tiger needs a certain amount of territory in which to catch enough food for her cubs. Our mother tiger is under pressure from her daughter, from a previous litter, who wants more space. The daughter is trying to take the mother's space, which puts huge pressure on the mother.

If you told this story as a short sequence, it would be hard not to see it as a good mother and a bad daughter. But of course it's not that; the daughter is in the same position as the mother. She hasn't got enough space either. By being able to get into this story in such depth, because we have a whole episode to do this, you see more shades of grey, and I think it's much more interesting.

Blue Planet II had a strong ecological message that spilled over into the real-life news agenda. Does Dynasties have a similar underlying ethos?

It does. What comes out of these films, with these big charismatic animals, is that they're running out of space. They need large areas in which to live out their natural lives, and that space is being chipped away by our growing human population, which leads to conflict. The animals' natural stories are being changed and kicked off in new directions by interactions with humanity. This is something we see several times in this series. The end result is that the lives of these animals are becoming even more difficult than they already were. We are seeing this issue of decreasing space through the lens of the animals we feature in the series, but it is becoming a universal problem for animals across the planet.