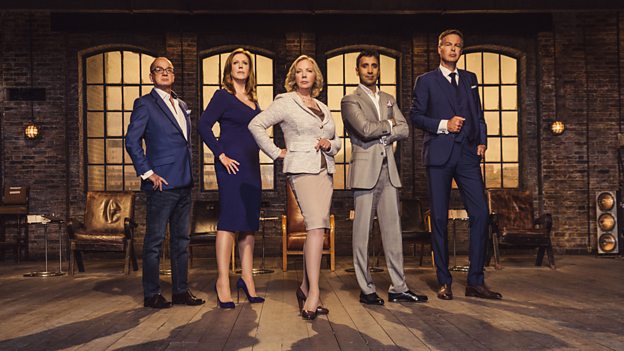 This series the Dragons saw 102 business pitches from entrepreneurs looking for investment with 26 receiving the cash, the most in any series to date. Keen to spend their cash as new Dragons Tej and Jenny made the most investments.

BBC Studios launched as a wholly-owned commercial subsidiary in April 2017, able to make programmes for other broadcasters as well as the BBC. BBC Studios supports the BBC’s public service mission and will generate financial returns for licence fee payers.

Tej Lalvani is the CEO of Vitabiotics.

Vitabiotics is the largest vitamin company in the UK by value sales with a current group turnover of over £300 million a year. Tej is the CEO of the company which was founded in 1971 by his scientist father Professor Kartar Lalvani who remains the company’s Chairman. Over the last 20 years Tej has grown the business into one of the leading and most innovative nutrition companies in the UK.

Through hands on experience in all departments of the business from driving fork lifts to his current role as CEO Tej’s key goal and vision is to build Vitabiotics into the largest specialist vitamin company in the world.

Under Tej’s leadership Vitabiotics has expanded to its current size where its products are sold in over 100 countries worldwide and produces many of the UK’s number one selling vitamins including Wellwoman, Wellman, Perfectil and Pregnacare. The company has also been awarded Boots’ Supplier of the Year award and the Queen’s Award for Innovation.

After leaving school at 16 to begin her working life counting cash in a bank branch, Jenny climbed through the ranks to become one of the few senior female bankers at the time in the UK.

Following thirty years in the banking trade, Jenny left the corporate world in 2006 in pursuit of a new challenge - to turn around a failing cash machine business. Jenny launched a major operational restructure of Hanco ATM Systems, turning it from a business that was making a huge loss in competitive markets to a thriving, profitable entity operating across Europe.

In the midst of the turnaround process and at the height of the financial crash, Jenny was tasked with selling the business. However, she saw that the business had real potential and wasn’t ready to give up on it or the people in it. So she decided to buyout the business and become the majority shareholder - later re-launching it as YourCash Europe Ltd.

Ten years on from taking the business under her wing, Jenny sold YourCash in October 2016 for £50 million.

Previously awarded Business Woman of the Year, Jenny’s favourite business motto is “live by corporate standards, but breathe like an entrepreneur”.