A shocking true story about slavery in the UK 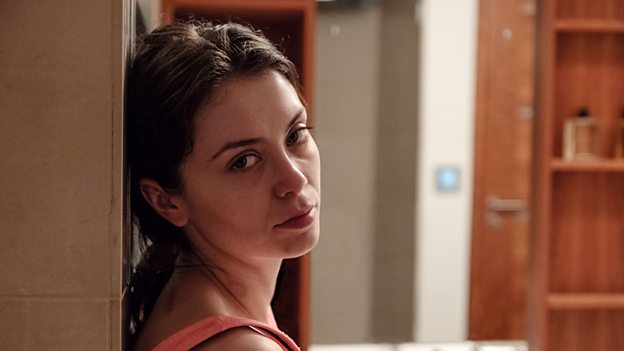 Category: BBC Two; Drama
Written by Gwyneth Hughes and directed by Lynsey Miller, Doing Money is a shocking true story about slavery in the UK.

This fact-based one-off drama follows the heart-breaking and compelling story of Ana, a young woman snatched in broad daylight from a London street, trafficked to Ireland and used as a sex slave in a series of 'pop up’ brothels. Ana’s story offers a tense and thought-provoking thriller, with powerful insights into the challenges of policing a form of modern slavery that hides in plain sight. It exposes just how big business 'doing money' is.

Commissioned by Patrick Holland, Controller BBC Two and Piers Wenger, Controller of BBC Drama. Doing Money is produced in association with RTÉ and supported by Northern Ireland Screen, it will be distributed by Warner Brothers ITVP. Filming took place in and around Belfast.

Doing Money is part of BBC Two’s Why Slavery? season: a season of ground-breaking films about slavery in the modern age.

This drama is based on the case of one particular person who was held as a sex slave for 10 months and trafficked around both Northern Ireland and the Republic of Ireland.

After her ordeal, she told her story to politicians at Stormont. Her testimony helped to contribute to the passing of the Human Trafficking and Exploitation (Criminal Justice and Support for Victims) Act (Northern Ireland) 2015, the first new law against slavery in the UK for almost 200 years.

Stolen off the streets of London, she was raped by thousands of men, starved, bullied and threatened by pimps who threatened to kill her mother if she resisted. Somehow the young woman we call "Ana" survived her slavery. Somehow she found the courage first to escape, and then to speak out. I met her and listened to her over many hours of interviews. The international trafficking story that unfolded is complex, astonishing, and heartbreaking.

But it was the details that stuck with me and rang round my head. One example: they took her glasses, so she could not see. The special cruelty of that very ordinary detail really caught my imagination as a writer. I've worn specs since the age of six and I can't imagine how I'd go about my normal life without them, let alone how Ana coped in her ordeal. Another example: her bewilderment at the critical reviews posted on sex websites by angry men. She wondered how they didn't notice the starved, bruised, desperate state of the young woman they'd just used.

There were glimpses of a better world. Ana was proud to tell me about "Sean", the drug dealer, in and out of prison, who unexpectedly became her friend, rescuer and champion. Alone among all the men she met in Ireland, north and south, this rackety young fellow produced a simple human response. "It's just wasn't right," he told me when I met him. "You can't treat a human being that way." And so he helped her, and the lights flickered back on in her darkness.

Today the real Ana is a lively, smiley young woman doing her best to put her life back together. Going back into these hellish memories has been hard for her. So it's been important to pay attention to her grief and her rage, and to treat her kindly as she relived the worst of her experience. But it's also been vital to keep a cool and rational head, to comb through the tumbling horrors, to double check, to read other witness statements, to talk to the police, to make sense of the unspeakable. Because when you make a drama out of a true story, everyone understandably wants to know - how true is it, really?

The answer is that everything you see in Doing Money really happened to Ana. All of it, and more. Much more. For ten long months she went to a place most British and Irish women have never had to see. A place where young women are for sale in an international marketplace, organized online, where there is no desire which cannot be met for money.

The police operation (as seen in Doing Money) was called Operation Burgrave. It was a joint investigation between the PSNI, Eurojust and The Public Prosecution Service.

A number of countries and agencies were involved all working toward the arrest of this organised crime group and the rescue of victims including Romania, Sweden and Britain.

13 victims were rescued during the police raid in Northern Ireland.

One of the perpetrators Schwarz was arrested in Belfast, while another Ionut was arrested in Romania. They were taken to Sweden, where they were imprisoned and fined. Both were sentenced to four years, but served two years in Sweden. Upon their release, they were extradited to Northern Ireland. They pleaded guilty to charges of human trafficking, controlling prostitution and money laundering and were each sentenced to two years in jail in Belfast Crown Court. They served nine months.