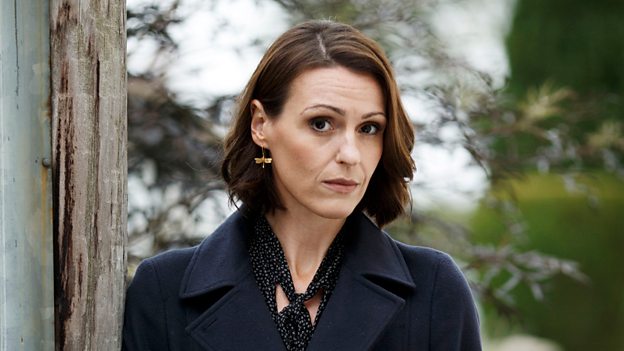 Why did series one resonate with viewers so much? Fear! Fear of infidelity and fear of not being loved.Suranne Jones

How do we find Gemma at the start of series two?
On the surface she has got her life back together. She’s very busy as she’s now head of the GP surgery. She’s still got her friends around her, like Ros and her neighbours across the road. She and Tom are very close and very happy. They treat each other very respectfully and like friends, they are very warm to each other. She’s happy.

What is easy to return to the role?
It was exciting to come back to. I was a bit nervous about it but I shouldn’t have been. I was trying to come back to her as she was in series one and then it became very apparent that I shouldn’t have been thinking like that. It’s two years later and she’s different, so it was like coming back to a new character. She’s a new person on top of the old Gemma.

For series one I used music on set to get in to her head, so I played a lot of Johnny Cash and Depeche Mode, dark stuff really. I tried to play music for this one and it helped sometimes but not as much as it did the first time, because she was already there.

Was it nice to be reunited with the old team as well as welcome new faces to the cast?
I love Sian Brooke so much, she’s hysterical. Mike Bartlett’s writing is very dark and we talk about the darkness a lot but he also does comedy very well and creates very interesting relationships. Sian’s character (also called Sian) is a very interesting off-the-wall one and her relationship with Gemma feels fresh and new. I loved playing that and being daring with it.

Prasanna Puwanarajah, who plays James, was an amazing addition to the show!
He’s warm  lovely and a good cook! He joined in with us girls when we were doing the plank challenge.

And it was brilliant to reunite with Bertie, whom I respect hugely. I find our work together on  screen very rewarding, so it was good to come back to a hard-working relationship with someone who works the same way that I do.

How do you feel about Gemma, do you like her?
I try to be a bit free with her; I know part of her but I think it’s good to not know every part of her. It’s the same as in real life, as you go through life and different experiences you don’t always know how you will react. So it is good to be surprised by her.

How does she feel about Simon now?
I think Gemma would like to think she is in a position to allow herself to move on, and for him to move on, as long as they have separate lives and they don’t have to deal with each other. So when she sees him every ounce of upset, torment and hatred comes flooding back. She can’t control herself again and she hates that.

What did you think of the scripts for series two?  Did you predict what the series would be about?
I knew what Mike had planned for a while but I don’t know if even he knew where he wanted to go with it from the start. Because I’m an Associate Producer I remember when he finally clicked  about where he wanted it to go and writing an email saying “Oh my god this is brilliant!” I was so pleased because people have waited so long for a second series, and for people to still be excited about it is amazing.

The dinner party scene is the most talked about moment from last series, did you expect that and are there similar moments in series two?
It’s not often you sit down and rehearse a scene like a play and get the chance to do it, so that felt special when we filmed it. There are a lots of scenes, with those uncomfortable and  excruciating moments, throughout the whole of this series, including in episode one.

Why do you think series one resonated with viewers so much?
Fear! Fear of infidelity and fear of not being loved. Trust is an issue that is very personal to each individual. You want to feel love and trust and all those things that bind relationships together, with your partner, your friends, your relatives or any loved ones. When you introduce a drama about those things, people instantly identify with it. That’s why relationship and family dramas work so well when they’re done right.