Twice Upon A Time

The Doctor Who Christmas Special 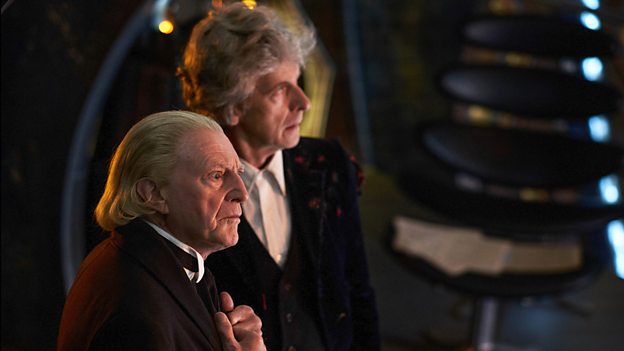 An interview with Steven Moffat - Writer and Executive Producer

This episode is somewhere between a coda and drumroll. It’s a coda to the time of the Twelfth Doctor played by Peter Capaldi, and a drumroll to usher in the Thirteenth Doctor, played by Jodie Whittaker.Steven Moffat

Category: BBC One; Drama; BBC Studios
The magical final chapter of the Twelfth Doctor’s journey sees the Time Lord team up with his former self, the first ever Doctor (David Bradley - Harry Potter; Game Of Thrones) and a returning Bill Potts (Pearl Mackie), for one last adventure.

What does Twice Upon A Time have in store for us?

There are some new eerie creatures of glass haunting the Doctor and his friends throughout this story - but what their purpose and what their plan is, and what their time traveling machinations are, is going to be a big surprise to the Doctor.

Were there any sets or locations that you particularly enjoyed working on?

There’s a real range of spaces that we visit across the special. We have the inside of a giant stone spaceship full of creepy glass creatures. We’re in the first Doctor’s TARDIS - recreated and brought back from the 1960s to stand proud in the Welsh studios. We’re on a First World War battlefield. And at long last we go to a location that I mentioned in my very first episode of Doctor Who back in 2005, as we visit the ruins of Villengard.

How would you describe the tone of this episode?

This episode is somewhere between a coda and drumroll. It’s a coda to the time of the Twelfth Doctor played by Peter Capaldi, and a drumroll to usher in the Thirteenth Doctor, played by Jodie Whittaker. Approaching it, one issue I had was that The Doctor Falls (this year’s series finale) was the end of Peter Capaldi’s Doctor. That episode saw the Twelfth Doctor stating what he stands for and standing on the hill on which he was prepared to die.

That was the end of his story. But - as often happens in stories and real life - it didn’t end there. He kept going, he started to regenerate, so at Christmas what we’re going to see is a man weary and tired and, having made his point and having made his stand and given his life for something that matters, he has to learn just how to carry on after that. But of course this being Doctor Who and Christmas it’s much warmer and hopeful than that, so in perfect timing walking towards him out of the snow he meets earliest incarnation. The William Hartnell version of the Doctor - played now by David Bradley in an astonishing performance - and the two of them are about to regenerate. Tonally it’s about saying “to hell with dying, let’s get on with living”. And what’s more Christmassy that that? It’s the turn of the year, a time for new beginnings, it’s the time when we start climbing back towards the light.

How does the First Doctor look at the Twelfth Doctor?

Ultimately he’s the same person - he has the same set of impulses and ideals - but he hasn’t yet become at home with what he’s becoming. If you look at the original William Hartnell series, the Doctor’s starting to fight the good fight, but he’ll arrive in a spot of trouble and generally speaking he’ll only help others out because he needs to get back to the TARDIS. So often there’d be a plot contrivance to stop William Hartnell’s Doctor getting back to his TARDIS and flying out of danger. Slowly that started changing as the Doctor developed as a character. He’d start saying “No I can’t leave yet - not because I can’t get to the TARDIS, but because these people are still in trouble and this evil is still in control. I have to help these people.”

Without noticing it, or it ever being his plan or his intent, he’s starting to engage with the universe and he’d be horrified to think that he’s starting to become its protector. Now, at the end of that lifetime when the First Doctor is facing his end, he doesn’t yet realise that’s what he already is. He’s already the man who rides to the rescue, the saviour of the oppressed, but he doesn’t own up to that. Now he meets the Twelfth doctor, and the Twelfth doctor has been doing this for so long. He’s used to the idea that he’s already Earth’s protector - an idea that completely bewilders his younger - except kind of older self. The thing to focus on this time, alongside the flourishes that distinguish the two doctors - it that they are at very different moments in their lives. The First Doctor is not quite yet the hero we are used to.

How did you feel to be writing your final episode of Doctor Who?

The truth about writing anything is that it’s always difficult. You can change the reason why it’s difficult, but the fact is it’s just always difficult! Throughout writing this I wanted to feel more about the fact it’s the last one I’ll ever write, and I wanted to feel more about it’s the last one Peter will ever play, but the truth is that the technicality and the difficulty and the demands on your creativity - all that overwhelms you to the point where you’re just trying to write a great Doctor Who story! That’s enough to contend with - you can’t have the real life drama of two old Scotsmen making their way to the door.

Once we got into shooting it, however, and especially when we approached filming Peter’s last moments as the Doctor which were done at the end of the shoot, we did talk more about how exactly he should meet his end. We were both very pleased with that final section of the script already, but as we went through piece by piece we thought there were ways to improve it so I’d be banging out new pages each night for us to discuss on set each day. That was so enjoyable and exciting to do - to really feel that we were getting his send off right - that in a way it took whatever emotions we were both having about leaving and put them on screen where they belong. By the time we got to that part of filming I think Peter and I were probably the least emotional on set because we’d put it all in the show! 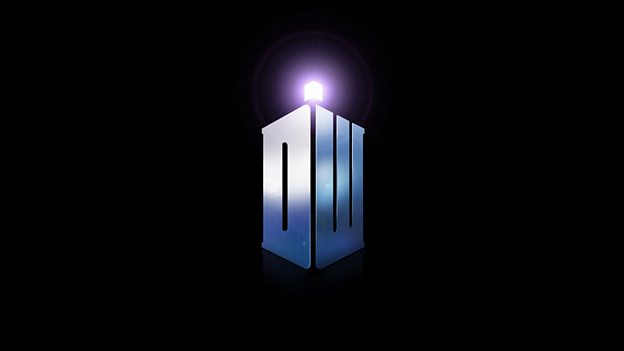