A riveting story of love, betrayal, deception and revenge 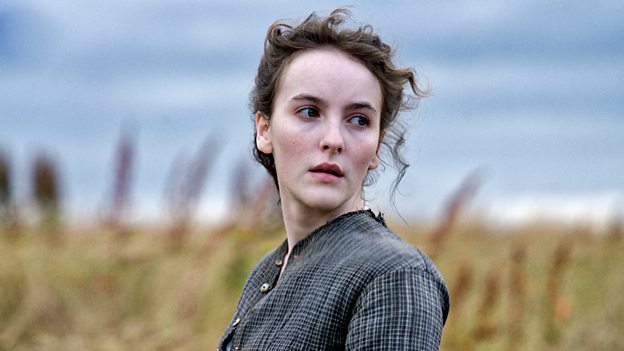 It’s a different take on a period piece with a young woman at the centre. It’s not just looking over misty hills, there’s a lot of action and terrible things happen.Ann Skelly

I’ve done two period pieces and I like the costumes and the hair and all those wonderful things and the look of it. I think it’s interesting to work within the confines of a certain lack of expression you are allowed in that time, particularly regarding corsets.

Tell us the story of Death and Nightingales?

I play Beth Winters, she lives in Fermanagh with her protestant stepfather. She’s a catholic, as was her mother who died in tragic circumstances. She’s living under a very constricted environment as it was in those days for women. Liam Ward walks into her life and starts a chain of events where she plans to run away with him.

What attracted you to the project?

I’ve never read a script like it before and I can’t believe that book existed and I didn’t know about it. It’s such a beautiful adaptation by Allan and it’s really remarkable. It’s a different take on a period piece with a young woman at the centre. It’s not just looking over misty hills, there’s a lot of action and terrible things happen.

What was it like working with Jamie Dornan and Matthew Rhys?

To work with Jamie is great as I’m a big fan of The Fall. There’s a lot of craic between takes which is great as a lot of days are very intense. Matthew Rhys is a lot of fun to do the tragic scenes with as sometimes it’s hard to find actors who are so present.

Allan Cubitt has adapted it and directed it too. I really liked The Fall and I think he’s a bit of a genius! He’s so brilliant to work with and lets you act. He’s not intrusive at all; he’s the perfect actor’s director and has the perfect vision for the show. His references are lovely and this feels like a special thing to work on.