Doctor Who: The Day Of The Doctor 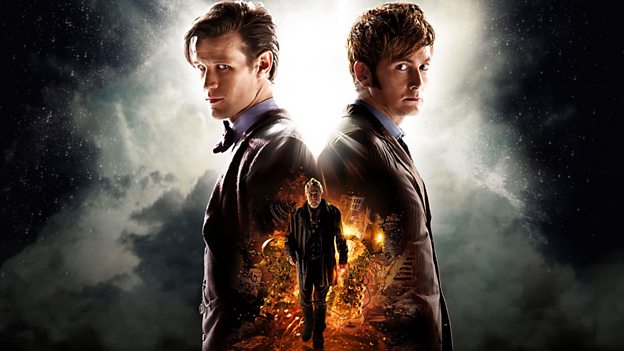 Doctor Who returns to BBC One in this special 50th anniversary adventure starring Matt Smith, David Tennant and Jenna Coleman with Billie Piper and John Hurt. The media pack contains exclusive interviews with some of the key cast and with lead writer and executive producer, Steven Moffat – as well as an image gallery of official shots from the anniversary episode.

The Doctors embark on their greatest adventure in this 50th anniversary special. In 2013, something terrible is awakening in London’s National Gallery; in 1562, a murderous plot is afoot in Elizabethan England; and somewhere in space, an ancient battle reaches its devastating conclusion. All of reality is at stake as the Doctor’s own dangerous past comes back to haunt him.

The interviews featured in this media pack were conducted by Matt Munday, produced by Dualtagh Herr and commissioned by Ben Murray, Editor, BBC Media Centre.