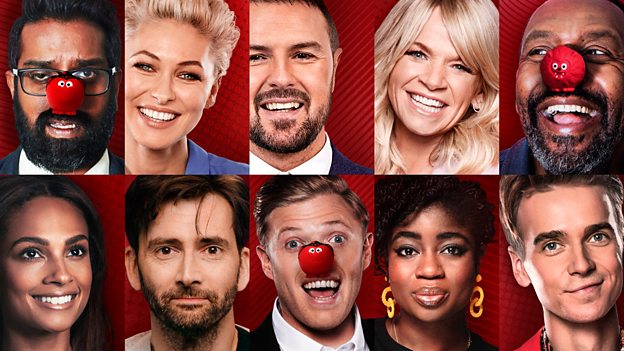 Expect special treats from the likes of Alan Partridge, Freddie Flintoff, the cast of BBC Three’s Famalam, Mamma Mia, Bodyguard, One Red Nose Day and a Wedding and much, much more.

Viewers will also be treated to exclusive performances from the cast of Only Fools And Horses The Musical and Magic Mike Live. There will be a special Comic Relief sketch from the cast of BBC Three’s Famalam and a number of spectacular live music performances. Plus, the cast of Mischief Theatre will perform a live magic trick - what could possibly go wrong?

Expect the unexpected as more surprises and special guests are yet to be revealed for what promises to be the most unpredictable night of TV tomfoolery of the year. Plus throughout the night there will be a look at how Comic Relief makes a huge difference to those living unimaginably tough lives in the UK and across the world’s poorest communities, and how money raised this Red Nose Day will help to change the lives of many more.

Comic Relief’s night of TV on the BBC will be broken down into manageable chunks for viewers’ delectation, as follows: 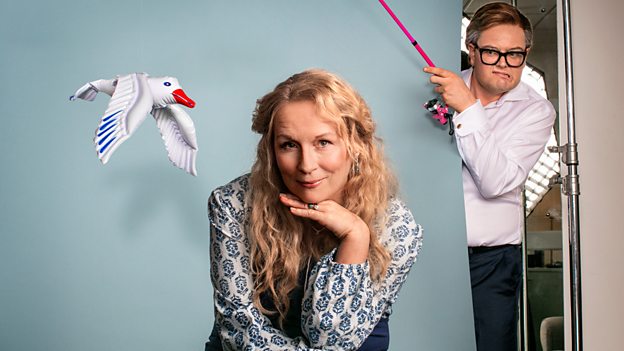 Ten years after viewers were wowed by Jennifer Saunders’ dance moves and Philip Glenister’s vocal prowess, Mamma Mia for Comic Relief is back!

Written by Jennifer Saunders as a tribute to last summer’s box office smash hit, Mamma Mia! Here We Go (Yet) Again will see some of the UK’s biggest names in acting and comedy recreating memorable moments from the sequel and even attempting to sing some of Abba’s most iconic songs.

Alan Partridge, North Norfolk Digital DJ and current guest presenter of BBC One's This Time, returns to Comic Relief attempting to raise money on the streets of Norwich. Alan will be joined by his trusty sidekick, Simon Denton.

One Red Nose Day And A Wedding 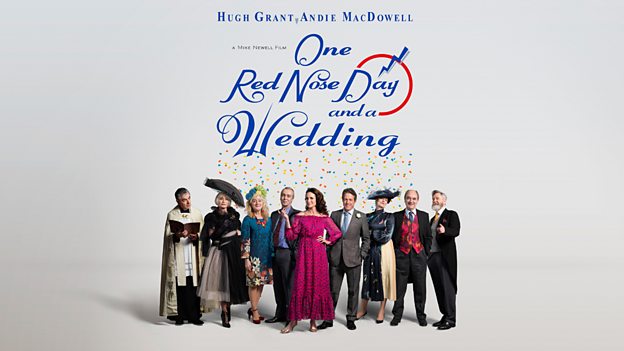 Red Nose Day becomes Wed Nose Day as the cast of Four Weddings And A Funeral reunite for the first time in a quarter of a century in One Red Nose Day And A Wedding. The sketch has been written by Richard Curtis, writer of the original film and co-founder of Comic Relief. Twenty-five years on and we’re reunited with original cast members Hugh Grant, Andie MacDowell, Kristin Scott Thomas, John Hannah, Rowan Atkinson, James Fleet, David Haig, Sophie Thompson, David Bower, Robin McCaffrey, Anna Chancellor, Rupert Vansittart, Simon Kunz, Sara Crowe and Timothy Walker. They will be joined in the short film by some very special guest stars. 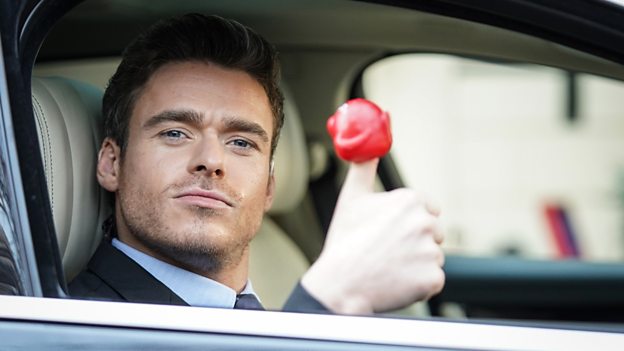 BBC One’s record-breaking thriller Bodyguard returns to the small screen and David Budd has a new assignment. Golden Globe winner Richard Madden will be joined by Sanjeev Bhaskar, Gina McKee, Vincent Franklin and even more extra special guests in this one off special for Comic Relief.

Freddie’s Driving School is in session as Freddie Flintoff invites Robbie Savage for a run of the world famous Top Gear track for a Comic Relief special, which of course means a spectacular twist.

David Walliams rallies a whole host of showbiz Daves to join him in making a Comic Relief charity calendar - the ‘Calendar of Daves’. 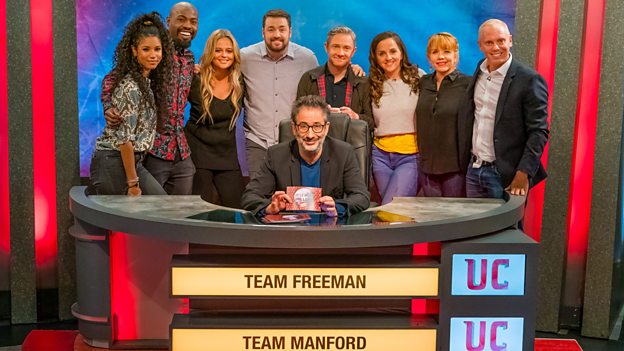 We will be swapping Masters of Studies for Masters of Comedy and Entertainment as University Challenge gets a Comic Relief celebrity takeover for one night only. David Baddiel will take on the hosting duties and is joined by a host of famous faces as Jason Manford, Emily Atack, Kerry Godliman, Martin Freeman, Robert Rinder, Vick Hope, Luisa Omielan and Darren Harriott compete to win in this one-off special.

During part two of the show, a Celebrity Phone Bank will be up and running live in the studio with a host of famous faces poised and ready to take your calls.

Throughout the evening, viewers will be given an insight into the many ways their generous donations can help Comic Relief fund life-changing work here in the UK and across the world.

Some of these moments will be presented by Comic Relief’s celebrity supporters, who have come together to help raise awareness of important issues and help raise money for those who need it.

A brand-new group of nine celebrities are set to take on Mount Kilimanjaro to raise funds for Comic Relief. Kilimanjaro: The Return, takes place ten years after the original epic climb that was led by Gary Barlow. Shirley Ballas, Ed Balls, Dani Dyer, Jade Thirlwell, Leigh-Anne Pinnock, Dan Walker, Alexander Armstrong, Anita Rani and Osi Umenyiora took off on the climb at the end of the February.

Scott Mills and Chris Stark bring back Radio 1’s 24-Hour LOL-A-Thon in a bid to raise more money than ever by keeping listeners entertained for a whole day. The fun starts at 1pm on Wednesday 6 March and Scott and Chris will put their humour to the test by hosting the funniest 24-hour broadcast ever to raise cash for Red Nose Day.

Claudia Winkleman and Tess Daly have pledged to practice what they preach and ‘keep dancing’ in an epic challenge that will see them floss, dab and salsa to the beat for the longest-ever Danceathon challenge in Red Nose Day history. Kicking off on Monday 11 March through to Tuesday 12 March, the stars will dance for more than 24-hours to the greatest floor-fillers of all time, all to raise vital cash for Red Nose Day to help Comic Relief improve countless lives both here in the UK and internationally. The challenge will be followed across all BBC Radio 2 shows and their progress will also be streamed live on the BBC Red Button.

The toughest business show on TV returns for Comic Relief with Lord Sugar putting ten celebrities through their paces to raise money for Red Nose Day 2019. Celebrity Apprentice for Comic Relief will air ahead of Red Nose Day as a two-part special on Thursday 7 and Friday 8 March, 9pm on BBC One and live and on-demand on BBC iPlayer. Ten ambitious celebrity candidates will take on a challenge set by The Apprentice supremo as they battle it out in two rival teams to raise as much money as possible for Comic Relief’s Red Nose Day. On the girls’ team, TV presenter and actress Amanda Holden, X Factor judge Ayda Williams, interior designer Kelly Hoppen, broadcaster and journalist Rachel Johnson and actress and comedian Tameka Empson will be going head-to-head against the boys’ team, including comedian Omid Djalili, broadcaster Richard Arnold, TV presenter Rylan Clark-Neal, comedian Russell Kane and football legend Sam Allardyce.