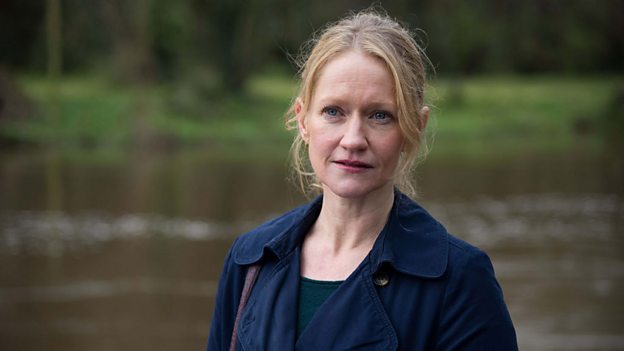 I wanted to see if I could dissect this character and this issue and still make Marie human and relatable. It was a challenge. I liked that. I had to really reach. Paula Malcomson

I had been thinking about this idea a lot before Nicola (Shindler, Executive Producer), and Danny sent me the script. It's pretty unfathomable for a mother to leave her children. Men do it all the time and somehow they don’t get so harshly stigmatized. I wanted to see if I could dissect this character and this issue and still make Marie human and relatable. It was a challenge. I liked that. I had to really reach. Nicola's involvement was key. She produced Happy Valley which for me has perhaps the most interesting female characters on TV. I'd seen a film by Andrea Harkin (Director) and I think she is incredibly talented. I have worked predominantly with male directors and really wanted a woman’s touch.

You’ve lived in LA for a while, what was it like filming back in Belfast?

Shooting in Belfast was really meaningful. I’ve lived in the states for 28 years. Every street corner in Belfast holds some kind of memory for me. The place is just soaked in nostalgia. When I left things were still terrible. It was the dark days. Now we are making movies and the fear is gone and there’s life and hope and optimism. It was great to come home... no pun intended!

It was subject matter that was already rattling around in my consciousness. My preparation and process is something of a mystery to me. It's impossible to explain. It's very personal. I'm very much a game time player. When the camera is rolling all the pieces come together for me for me. It feels like that is the time to lay everything bare, to show the soul of the character. I'm not a fan of rehearsals. I like the feeling of never knowing what is about to happen. I think for me, that is when the magic happens.

How did you find filming the emotional scenes?

I think being Irish there’s a sense that the world will break your heart. I’ve always felt like heavy emotional work is what I do best; I just have easy access to it. It takes its toll though. It doesn't come for free.

Have you worked with any of the other actors before?

It was my first time working with Christopher. I had been asked to do a film with him years ago and wasn’t available. It was something I regretted and I was happy to hear he was involved in Come Home. It was a big incentive.

Kerri Quinn who plays Brenna, Lola Pettigrew who plays Laura Farrell and Anthony Boyle who plays Liam were all superb. They are as good as it gets. Joanne Crawford (Nancy) is a great friend and we had worked together before.

What were the biggest challenges you faced during the shoot?

We had an insane amount of flashbacks. I was playing Marie 20 years ago and then 10 years ago and then in the present day... sometimes all three in the same day so it was very full on. My hair and makeup team were remarkable; we all had to be on our toes at all times. The girls, led by Natalie Reid, did extraordinary work and looked after me with such love and care and commitment. I couldn't have done it without them.

I also had to find compassion for this character and it wasn’t always easy.

What are you most looking forward to the audience seeing?

If we have all done our jobs well... I can only hope that the audience will want to go on this journey. I think that they will be able to relate to this situation. Danny didn't pull any punches with the script... it is brutal at times. Marie makes a choice and that makes a change in dramas as often in working class dramas the character doesn’t have choices. Danny has written the character of Marie with her own agency. It's brave and bold.

What did you get up to in your spare time when you weren’t filming?

I didn’t have much but when I did I spent time with my family. That's precious time and it’s when I am truly happy.