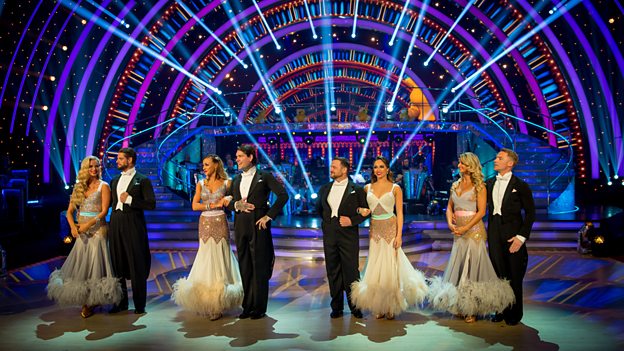 Strictly Come Dancing BBC Children in Need Special 2018
In a bid to prove to the nation that their moves have improved since their infamous appearance on the Late Late show in the nineties, pop legends Boyzone will join forces with the Strictly professional dancers in a bid to win the BBC Children in Need Pudsey Glitterball trophy, presented by Tess Daly and Claudia Winkleman.

EastEnders
Magic’s a foot in Albert Square with the cast of EastEnders performing a show-stopping spectacle.

Project Sing
Some deserving project workers funded by BBC Children in Need think they are filming a special project worker’s music video, what they don’t know is that they’ll be surprised by some of the biggest names in music including Little Mix, Sheridan Smith and Alfie Boe plus many more to be announced. The artists will join the project workers onstage, giving them the opportunity to duet with their musical idols.

Doctor Who
An incredible young girl who’s supported by BBC Children in Need gets the opportunity to visit the Doctor Who film set where she enters TARDIS and meets the entire cast before being surprised by the Doctor herself, Jodie Whittaker.

Appeal films
Some well-known faces will feature in some of the all-important BBC Children in Need Appeal films including actress Keeley Hawes.

Music performances
The BBC Children in Need Appeal show is known for its performances from the music industry’s best loved artists, and this year is no different!

There will be a special treat straight from London’s West End as the casts of School of Rock who will be opening the show with a bespoke medley for BBC Children in Need that are not performed in their existing show.

The cast of Everybody’s Talking About Jamie will also take to the stage, plus the hit song ‘A Million Dreams’ from The Greatest Showman will be performed by the BBC Children in Need Choir.

More exciting content for the appeal night will be announced in the coming weeks...

The One Show’s Rickshaw Challenge
This challenge is back with an all new team of six young riders, all of whom have been supported by BBC Children in Need funded projects, and brand new 423-mile route from Calais to Salford. The team of six will push themselves to the limit, battling steep hills and braving the elements in the hope that their efforts will help them raise as much money as possible for BBC Children in Need - all of which will go on to make a difference to young lives across the UK.

A team of six young people, all of whom have been supported by BBC Children in Need-funded projects, will be joined by The One Show’s Matt Baker on the eight day challenge. It will begin on Friday 9 November in Calais, where the team will pedal 31 miles through the service tunnel of the Channel Tunnel - a route only travelled previously by the likes of professional cyclists. Once through the tunnel, the team will head north from Folkestone and make their way through England and Wales, before finally finishing in Salford on Friday 16 November, during the BBC Children in Need Appeal Show.

The concert, produced by BBC Studios, will be hosted by Fearne Cotton and Clara Amfo whilst stars George Ezra, Jess Glynne, Nile Rodgers & CHIC, Olly Murs, Rita Ora, Sir Rod Stewart (and more names to be announced) will perform to thousands in the arena and millions at home when the show is broadcast at a later date on BBC One.

Viewers will see Stacey give a voice to young teens experiencing homelessness, shining a light on their struggle to find a safe place to sleep and their journey in securing a stable and permanent home.

The film will also demonstrate how projects and organisations dedicated to supporting young people through these difficult times - such as those funded by BBC Children in Need - become a life-line, which give young people the hope they need to overcome their adverse situations.

This will broadcast on BBC One w/c November 12.

Across BBC English regions
The radio stations across England are pulling out all the stops again this year as they come up with more wonderful and creative ways to fundraise for BBC Children in Need . Just a small selection of examples of activity going on includes: BBC WM’s 24 hour karaoke marathon, where presenter Richie Anderson will be singing karaoke tunes for 24 hours; BBC Somerset’s Breakfast presenter, Claire Carter will be walking 75 miles in wellies; BBC Radio Merseyside will be sending their Breakfast presenter and producer out in the region as the Biking Buskers to cycle and sing at the same time.

More news to be announced in the coming weeks… 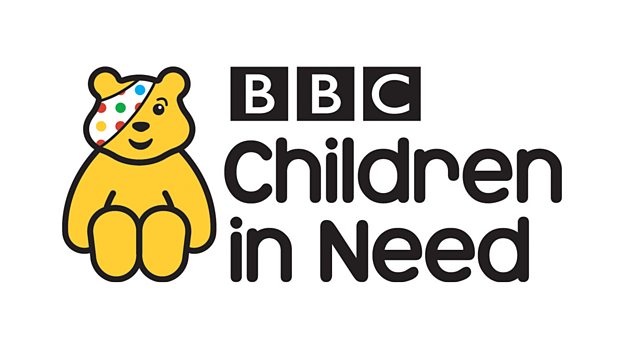